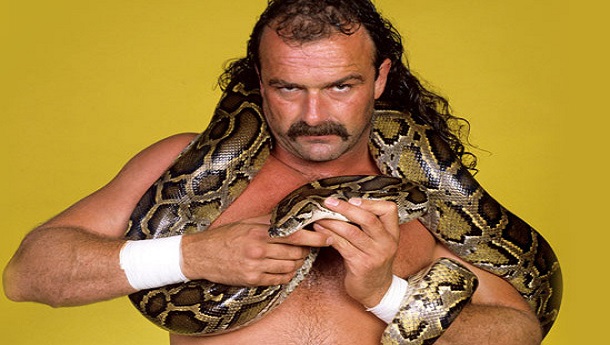 In 2018, professional wrestling is a sports entertainment force of nature, and the WWE in particular is a cultural machine.

It has dominated professional wrestling since the 1980s when Vince McMahon brought together a scattered mishmash of regional wrestling companies under one umbrella that went nationwide.

Later it would go worldwide and the sport would achieve amazing popularity — try finding anyone who doesn’t at least know the names of wrestling stars like Hulk Hogan, Andre the Giant, or The Rock.

In 2017 alone, the WWE reported revenue of over $800 million. Superstar wrestlers like Brock Lesnar can make over $12 million per year. It’s a big money industry, but not for everyone. 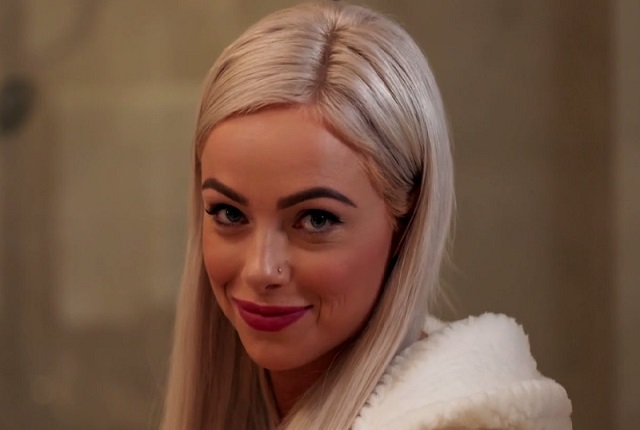 While wrestling is big now, the road here was long and only those at the very top reap the huge rewards. Many wrestling stars from yesterday never got to have a piece of that multimillion-dollar action while others have lost whatever they did have and ended up in some pretty dire straits overall.

Some signed with smaller companies like WCW, ECW, and TNA that didn’t have the reach and influence of McMahon’s organization. Whatever the reason, it’s surprising to see just how many superstars of wrestling have been pinned by financial ruin over the years. 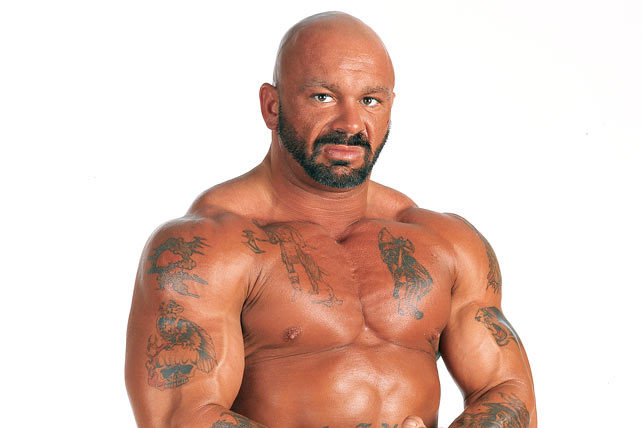 Perry Satullo, known to wrestling fans as Saturn, saw his wrestling career take off in the mid-’90s in ECW before moving over to WCW. By 2000 he was signed to the WWE and had a two-year stint in the organization before being released. Two years after that his career and life would take a drastic turn.

In 2004, Satullo intervened in an attempted rape and was shot twice – once in the neck and once in the shoulder. This led to a serious painkiller addiction and eventually homelessness. Saturn seemed to vanish from the public eye for years afterward and didn’t resurface until around 2011 when he started wrestling on the independent circuit. However, in a desperate plea for aid in 2017, he let his fans know he was in such bad shape he wasn’t even sure when he’d be able to eat his next meal.

A GoFundMe was set up to help Saturn with medical bills. He explained on Twitter that he was suffering from a traumatic brain injury as a result of years of getting hit in the head as a wrestler. He claimed he was now living in a near constant fog with headaches and dementia-like symptoms that made it nearly impossible to work or even drive.

These days Saturn is still getting medical help while a documentary filmmaker chronicles his journey, and with any luck he’ll be back on his feet for good soon.

Virgil sparked his own meme 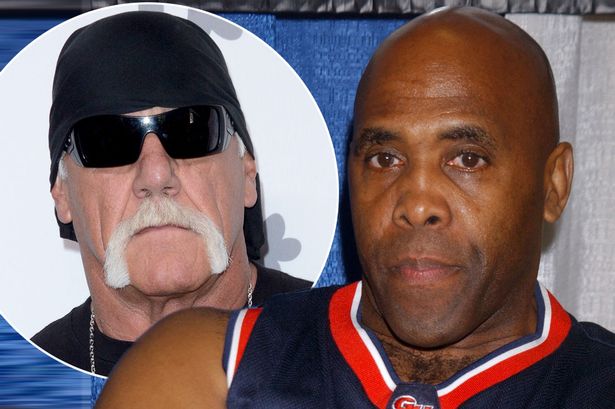 It’s not everyone who can say they’ve left such an indelible mark on pop culture that they’re responsible for a meme, but the wrestling star known as Virgil, whose real name is Michael Jones, is one of these people. Jones is known for frequently making public appearances at events with his autograph table set up and looking sadly alone and abandoned.

Virgil rose to fame during the golden era of WWE alongside Hulk Hogan and Andre the Giant. Virgil was cast most famously as the valet and bodyguard of the Million Dollar Man Ted DiBiase; his gimmick was counting the Million Dollar Man’s cash and occasionally getting beat up in place of his boss.

In real life, post-wrestling, Jones and DiBiase had a falling-out because of those very same autograph tables that started the Lonely Virgil meme. According to an ESPN DiBiase interview, Jones would book an event representing both himself and DiBiase when he knew full well DiBiase was not going to attend. It was simply a gimmick to ensure he’d get booked and make more money.

In his desperation for cash, Jones set up a GoFundMe in 2015 with the stated goal of becoming a millionaire. At time of writing, the campaign had been active for 34 months and had raised about $1,000 from 49 donors. It’s still open, though, so feel free to help him out. 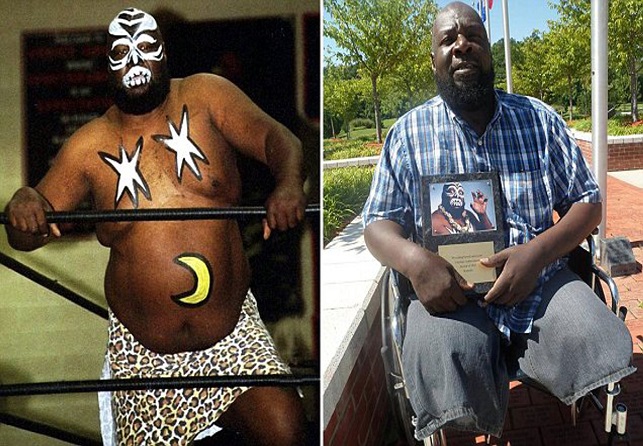 Billed for a time as the “Ugandan Giant,” Kamala, whose real name is James Harris, was one of the literal giants of mid-’80s WWE. At 6’9″ tall and weighing well over 300 pounds, he was an imposing figure. His racially insensitive character famously ate a live chicken during an interview, though the gimmick was only staged to make it look like he’d bitten the head off the bird. Sure made for some compelling TV, though.

Despite a lengthy career in the industry that lasted over 30 years, Harris had a number of health issues that have had a tremendous impact on his life. By mid-2012, Harris had undergone three separate amputations as a result of complications from diabetes, leaving him at first without feet and then without legs.

In 2014, Harris did an interview with Bleacher Report as he was working on his life story. He self-published his story through a Kickstarter campaign and, at the time, he was making ends meet thanks to his monthly disability check. Generous fans helped raise over $40,000 on a GoFundMe after the Bleacher Report article brought attention to his plight, but the health problems haven’t let up for the superstar. He underwent surgery in 2017 that nearly killed him, according to TMZ. Here’s hoping for the best.

Tony Atlas was sleeping on a bench

Tony Atlas has had a remarkable career not just in wrestling but body building as well. He holds several records and is the 1987 National Powerlifting Champion. However, he’s had a heck of a string of bad luck and never really clicked with audiences the way some of his peers did, due in no small part to the terrible gimmicks he was saddled with. Atlas infamously portrayed Saba Simba, an African warrior character that stands as one of the single most racist gimmicks in WWE history.

Atlas has dealt with serious financial issues during his time in and out of the ring. Homelessness was a very real concern for Atlas, who has shared stories of living on the streets and sleeping in parks. 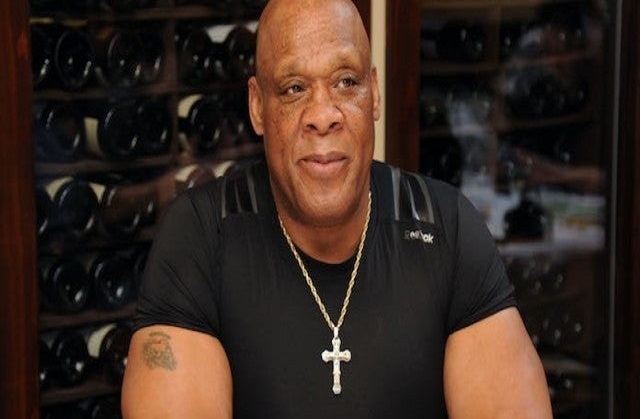 In an interview with The Hannibal TV, Atlas described how, after going through a divorce and paying his taxes, he had just about nothing. He was on the street for over a year and a half before someone helped get him on his feet.

In 2015, an Indiegogo campaign was set up to help fund a video featuring Atlas, the proceeds of which would go to help him pay for his home which was in danger of foreclosure. The campaign ended without meeting its goal. Atlas is still wrestling occasionally on the independent circuit, so hopefully he’s doing all right.

The Dynamite Kid’s injuries caught up with him 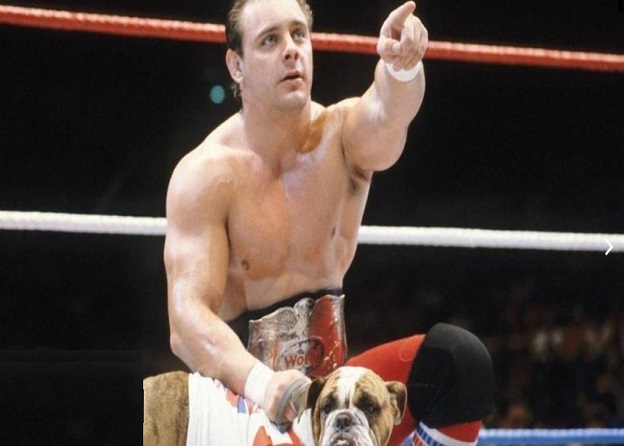 One half of the legendary tag team known as the British Bulldogs, Tom “Dynamite Kid” Billington has had a brutal post-wrestling career. He’s admitted to years of drug abuse, claiming that everyone in wrestling at the time seemed to be using steroids, and also openly admitted in a CNN interview to holding a shotgun to his wife’s head but insisted he wasn’t a violent person since the gun wasn’t loaded at the time.

With a reputation for being just as cruel inside the ring as out, the Dynamite Kid was eventually let go by the WWF and for a time did the independent wrestling circuit before the physical toll caught up with him. In 1986 he actually broke his back in the ring but recovered and continued to wrestle for five more years, against doctors’ orders due to his failing health. In 1997 he collapsed at home and doctors told him they couldn’t operate. He was paralyzed. This would become much worse in 2016 when Billington suffered a stroke.

Billington, now wheelchair bound, wanted to return home to England, and his wife set up a GoFundMe campaign to try to raise money to cover medical care and send him home. The campaign ended after raising about £5,000.

Scott Hall was on death’s door 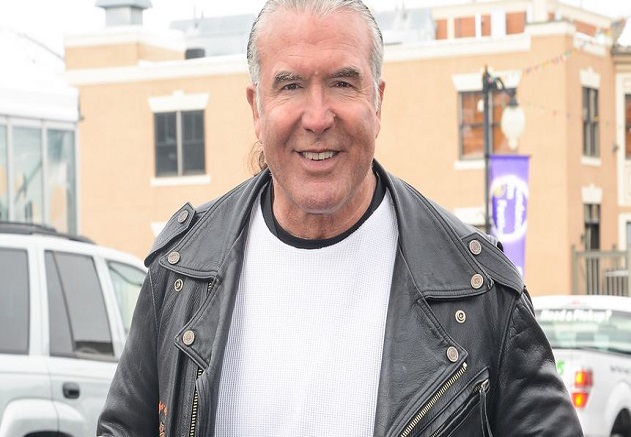 Once one of the biggest names in the WWE, Scott Hall was known in the ring as Razor Ramon. He was a skilled wrestler with a cocky, arrogant gimmick that fans absolutely loved, and he rocketed to fame alongside wrestlers like Diesel and HHH. For a time we was in a crew with Hulk Hogan and was easily one of the top ten names in the game.

Unfortunately for Hall, he couldn’t overcome some serious substance abuse issues, and like so many wrestlers his career went down a dark and devastating path. Fan footage from a 2011 wrestling show in Massachusetts shows Hall in such bad shape that three people had to help him even get into the ring.

In 2013, Hall was facing what looked to be the end of the line. He was in such poor health that it took another wrestler, Diamond Dallas Page, putting together an Indiegogo campaign to help save Hall’s life. At 54, Hall already had a pacemaker and his body seemed broken. Arthritis had left him immobilized and he desperately needed a hip replacement he couldn’t afford with no medical insurance. Luckily, Page’s campaign worked amazingly well, and he was able to raise well over $100,000.

With Page’s help, Hall turned a corner and now looks to be in good enough shape, according to Fox Sports, to try his hand at rebooting some of his career, maybe getting back some of what he lost.

Jake the Snake Roberts has endured some incredible trauma 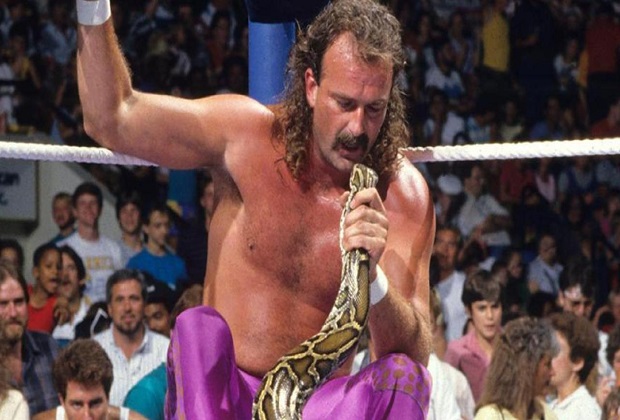 Few names in the history of wrestling are as recognizable as Jake “The Snake” Roberts. He was one of the founding fathers of the WWE and his gimmick was as simple as it was memorable. The dude just brought a snake in a sack to the ring. And people loved it.

While Roberts was very much as the top of the heap during the meteoric rise of wrestling in the 1980s, he fell on hard times in the 1990s after years of drug and alcohol abuse finally caught up with him. He said in an interview back in 2015 that the only reason he didn’t commit suicide was because he didn’t want to let his kids down any more than he already had.

Health problems have dogged Roberts for years. He recently told Rolling Stone that he probably suffered three concussions per year during his wrestling career, which is way too many even if he had only wrestled a couple years — Roberts has been wrestling for 37 years and said he has issues with memory and speech now.

These days, Roberts is touring not as a wrestling star but a speaker. The routine, which he calls Road Stories, is half stories from his life, half stand-up comedy show. It’s allowing him to not only prove to himself he can still remember some things despite all the injuries he’s received, but also make some cash and stay on his feet.