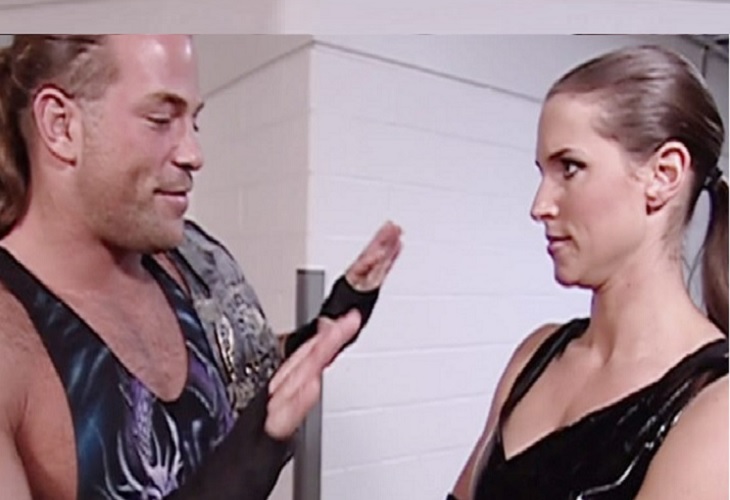 The fact that one of the first television stories in which he was to be involved in WWE, it was a loving relationship with nothing more and nothing less than the boss’s daughter, with Stephanie McMahon.

This has been revealed by RVD, 50 years old, in a recent interview with The Dropkick Podcast, where he revealed the reasons why a TV story with Stephanie did not take place:

“Something that comes to mind is that when I first arrived, they wanted me to have a little romance with Stephanie.

And my wicked ex was like the most insecure bitch on the planet, so I was just thinking like: ‘My God, this is going to cost me so much pain at home.’

We had a chat, Stephanie and I, and she said: ‘You know, think of this as if you were an actor’«.

So things, the television story where RVD was going to have an affair with Stephanie never happened.

The aerial fighter also spoke about how the company wanted him to he will change his traditional wrestling outfit:

“I was resisting because I didn’t want to change. And you know, I had it all, but once they wanted me to ditch my airbrushed outfits.

WWE wanted to make me outfits made out of a material like Kurt Angle’s and you can see photos on the internet, it was something black and it had a red dragon, it was very basic«.

Added to this, RVD has also revealed that within WWE many told him that his package of wrestling movements was very similar to that of Eddie Guerrero, although he always rejected these comparisons.