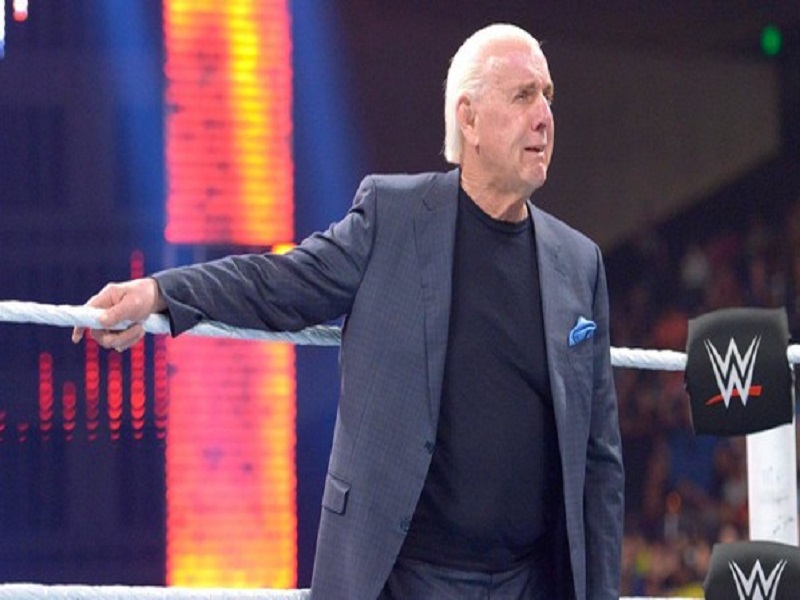 Following the recent report of WWE network partners rejecting Ric Flair, there is every speculations that the All Elite wrestling seems close to bringing the nature boy into the company.

Ric Flair lost out on appearances and his CarShield commercials were also pulled. Flair was just granted his release from WWE prior to that episode airing, and it’s not likely that he will be back. Flair got a very bad look when Dark Side of the Ring covered the Plane Ride From Hell.

The WWE had to place the interest of the WWE Network partners over that of Ric Flair. This is becoming increasingly topical as many reports have surfaced about the lengths that the company goes through to keep FOX and USA Network appeased. WWE hasn’t expressed any desire to have Ric Flair make a return, but their network partners aren’t ready for that to happen either.

It was gathered that “no network wants Ric Flair right now.” It was noted that “he’s a pariah” at this stage. The terrible look he received from Dark Side of the Ring stuck with him. We were additionally told “that’s the situation with Flair right now.” FOX wants nothing to do with him and neither does USA Network. Therefore, even if WWE wanted to bring him back they would have a great amount of pushback from their network partners.

Ric Flair might be a “pariah” now, but the same is not true for Charlotte Flair. She is still a featured member of WWE’s roster and has received no heat or repercussions over her father’s actions. We’ll have to see if Ric Flair ever makes a return to WWE. On the other hand, AEW seemed close to bringing him in, but then cries from fans begging AEW to never hire the Nature Boy took over the Internet Wrestling Community after that Plane Ride From Hell episode dropped. We have to wonder if Turner Networks feel differently about Ric Flair.