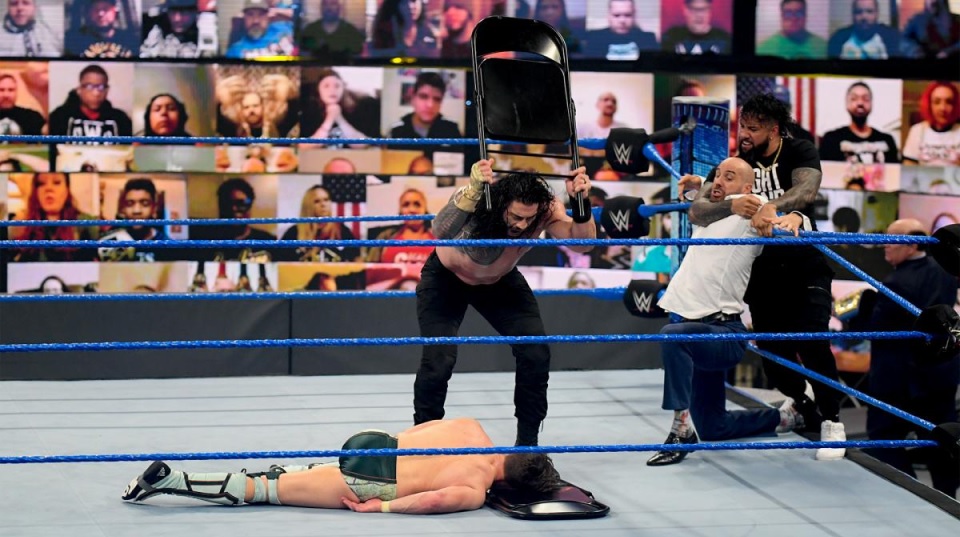 It is no longer news that WWE is loosing most of their superstars to the All Elite Wrestling company which many of the wrestlers feels that AEW is the best platform to pursue a career.

The 40-year-old has not been seen on WWE television since losing a Universal Championship match to Roman Reigns in April, which subsequently ‘banished’ him from SmackDown.

Bryan is one of wrestling’s biggest names. Bryan’s contract with WWE is believed to have expired in May and he has since been back home with his wife and two children.

There had been speculation over when Bryan would make his return to a wrestling ring with SummerSlam, one of WWE’s biggest events of the year, less than a month away.

However, it appears Bryan will NOT be returning to Vince McMahon’s company as BodySlam.net claims he is ‘locked in’ and has ‘100 per cent’ signed with AEW.

The five-time world champion, who has been with WWE since 2009, main-evented WrestleMania 37 in a triple threat match against Reigns and Edge for the Universal title earlier this year.

Reigns successfully defended the title in dominant fashion, before going on to beat Bryan again in the latter’s final appearance in WWE.

And after losing his one-on-one match to the Tribal Chief on SmackDown, Bryan suffered a brutal con-chair-to as the episode went off air.

If reports are to be believed, Bryan will join a list of former WWE stars employed by AEW, including Malakai Black, Andrade El Idolo, Matt Hardy, Jon Moxley and Chris Jericho.

And CM Punk, another WWE legend, could be the next big name to join AEW.

A report from Fightful Select said: “CM Punk has been in talks to make a return to pro wrestling as an in-ring performer, with sources indicating that AEW is the most likely landing point.”

Related Topics:AEWAll Elite Wrestling companyDaniel BryanRoman ReignsWWE is loosing most of their superstars
Up Next