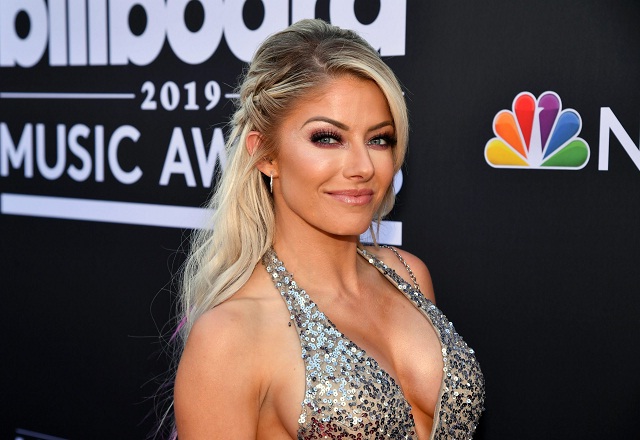 Alexa Bliss is currently a mainstay on Monday Night RAW as she had been teaming up with Bray Wyatt and were engaged in a feud with Randy Orton. The Fiend remains one of the most unique characters to have ever stepped foot inside the squared circle. Bray Wyatt’s latest iteration made its in-ring debut back at 2019’s SummerSlam pay-per-view again Finn Balor, where he won in a squash match.

Since splitting up with The Fiend back at WrestleMania 37, Alexa Bliss debuted her creepy doll called Lily and since then she has been feuding with Shayna Baszler. Now she is currently feuding with Eva Marie. Alexa Bliss recently spoke to ET Online and revealed that her fiancé, Ryan Cabrera, is planning everything for their wedding next year after WrestleMania 38.

“Ryan is super supportive,” Bliss said. “He watches every Monday Night Raw and he comes to as many of my shows as he can. He loves it, he thinks it is so fun.” “Everyone that knows us and knows Ryan, knows that it is Ryan’s wedding,” Bliss revealed. “I am not a wedding person, I never have been.

He told me when we got engaged that you just have to show up, and I didn’t really believe him, but now I truly believe him because even my mom and my best friend are like, we don’t know what’s going on with the wedding,’ and I was like, ‘I don’t know either,’ but I know a majority of it is planned already.”

Alexa Bliss Shares Her Emotional Story of Overcoming Anorexia: “I Turned Into This Completely Different Person!”

Alexa Bliss is one of the fiercest women in the WWE but her success didn’t just happen overnight. On this week’s episode of Total Divas, she’s opening up about her past and the eating disorder that nearly destroyed her. “It started off as simple dieting. I was trying to just watch what I was eating and then it got to the point where I would try all these tricks just to not eat,” Alexa revealed while in an interview. “I turned into this completely different person.”

“When I was at my worst part of my eating disorder, I lost thirty pounds in six weeks and I would hide my body,” Alexa shared. “If people asked me if I had lost weight, I would say no because I didn’t want them to see what I was going through.”

While it wasn’t easy, she eventually thanks to the sobering words of a friend. “The moment that made me see I’m gonna kick this is my best friend Erin at the time,” Alexa shared. “She looked at me and she said, ‘Lex, if you think you’re fat, what do you think I look like?’…And I didn’t want to force my ways on somebody else because of that.”

Now, she uses her platform as a way to help other people understand and overcome their problems. “I’ve accepted the fact that if I’m going to do a career like this, I have to be willing to take criticism,” Alexa shared. “Someone’s gonna judge whatever I do, whatever I say, whatever I look like but if I don’t pay attention to it, that means I’m stronger.”

“I was asking for my release, I was not happy” – Former WWE Diva Finally made It To AEW

The Undertaker vs. Mankind: 10 Things Most Fans Don’t Realize About Their Rivalry -check.