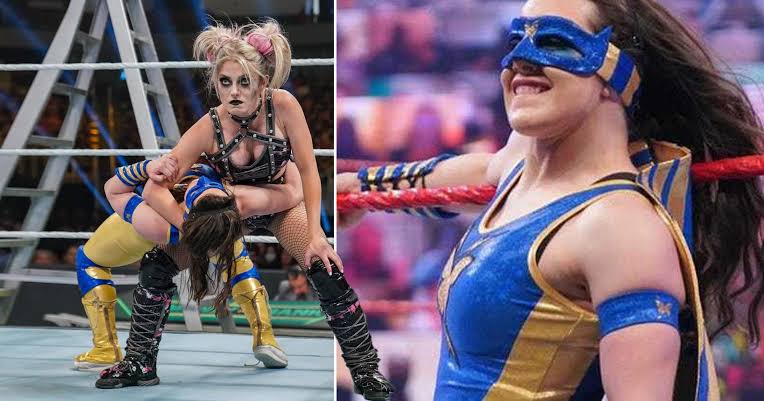 Alexa Bliss is Flexible Enough to Shine in this Role

Will WWE Be Able to Salvage the Alexa Bliss and Lilly Gimmick on Raw?

On this week’s WWE Raw, Charlotte Flair celebrated her latest women’s championship win. Afterward, Alexa Bliss unexpectedly came out to greet her and possibly set herself up as her first challenger.

This isn’t a bad idea as the red brand could desperately use some fresh matchups. Flair and Bliss had a memorable match at Survivor Series 2017 where they showcased some real chemistry.

Moreover, these are two of the biggest stars in the brand, so it’s a great way to try to get the women’s division back on track following an underwhelming few months of television.

However, it’s hard to deny that Little Miss Bliss and the introduction of Lilly, a creepy avatar for her supernatural imaginary friend, have been a part of what isn’t working. The reception to her newest character development has been mixed at best.

Unfortunately, this has made many long to see The Eater of Worlds again, and his recent release has caused some of them to reject his former protege.

That’s a shame because his current status isn’t her fault, but she’s also in a tricky situation because her presentation is still steeped in the unique visuals that he created.

This all begs the question, though: Can Bliss make this character work or is it time to repackage her?

It’s too soon for Bliss to completely abandon this current persona because some aspects of it do work.

The five-time women’s champion is such a versatile performer, and she has done a great job adapting her in-ring style, movement and facial expressions to fit the character.

Given her size and background in gymnastics, the 30-year-old can pull off some flashy offense. For those reasons, her strengths as a heel have obstructed her opportunity to grow into the crowd-pleasing performer she could’ve been by now.

It’s one of the biggest missed opportunities with her, but it’s hard to argue with the reasoning because she’s just that alluring as a conniving villain.

The beauty of her current iteration is that it has given her a way to toy with some unorthodox maneuvers and eerie contortionism.

Again, it speaks to just how talented Bliss is that she has been able to do so much with something that would have never worked in someone else’s hands.

This also shows just how committed she is to this act and how much fun she is probably having in the role.

When she started working with Wyatt, she was clearly more motivated than she has been in a while.

You can still see that conviction and passion in her most recent segments even when they fall flat. If given the chance, the Columbus, Ohio native could turn this around and do something interesting with it.

Lilly might be just a little too hokey and unbelievable for some viewers, but some fans actually like it.

There’s nothing wrong with that because wrestling is a variety show. What some find hard to suspend their disbelief at can be moving to someone else.

Still, there has to be an advantageous balance that WWE could strike with Bliss and the use of a prop like Lilly. It hasn’t found it yet, but it’s possible.

See Details Of what happened The Day Owen Hart Passed Away