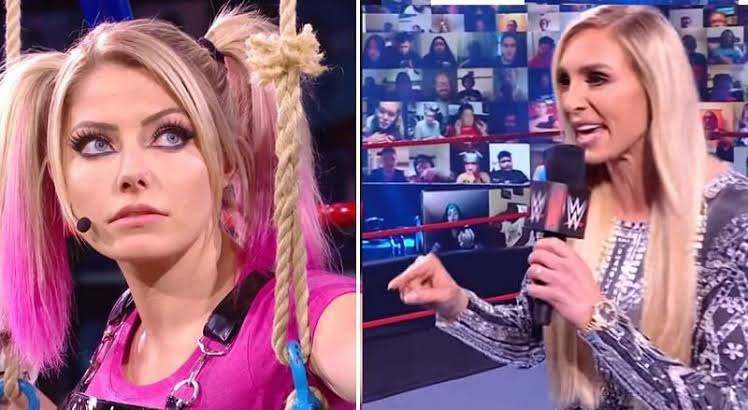 Charlotte Flair walked out of SummerSlam as the Raw Women’s Champion after forcing former Champion Nikki A.S.H. to tap to The Figure 8.

This week on WWE Raw, Charlotte came out to celebrate the fact that she was now a 12-time Women’s Champion and the most decorated female wrestler in WWE.

It appears that Alexa Bliss and Lilly decided that they wanted to be part of the celebration since Bliss made her way out to the top of the ramp with her friend Lilly and told Charlotte that she just wanted to say “Hi”.

This was enough to garner the attention of The Queen, who stopped what she was saying and was then part of a staredown with Bliss.

“I was asking for my release, I was not happy” – Former WWE Diva Finally made It To AEW