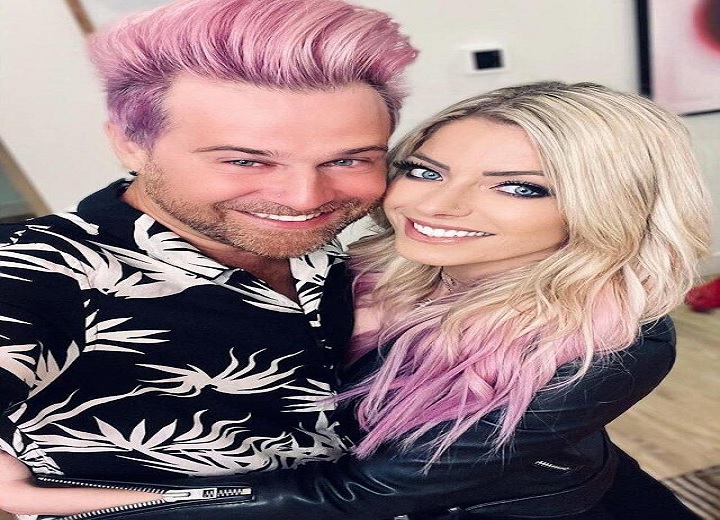 WWE Superstar Alexa Bliss recently revealed that she isn’t much of a ‘wedding person’ and that her partner will be arranging most, if not all, of the occasion. The former WWE Raw and Smack Down Women’s Champion is engaged to Ryan Cabrera, and apparently, she has told Bliss she can “just show up” on the day.

Reportedly the couple is looking to tie the knot after next year’s WrestleMania 38 event in Dallas, Texas. Speaking to ET Online, Bliss revealed how she doesn’t plan on doing much ahead of the big day, leaving all of the preparation to her Cabrera:

“Everyone that knows us and knows Ryan, knows that it is Ryan’s wedding. I am not a wedding person, I never have been. He told me when we got engaged that you just have to show up, and I didn’t really believe him.

but now I truly believe him because even my mom and my best friend are like, we don’t know what’s going on with the wedding,’ and I was like, ‘I don’t know either,’ but I know a majority of it is planned already.”

Bliss also revealed that she isn’t even getting involved in her own dress design:

“Ryan’s got it taken care of. He’s been waiting for this day — he’s told me, ‘I’ve been waiting for my wedding day forever,’ and he’s like, ‘I’ll plan it all. Everything. Just tell me what you like.’ Luckily, we have the same interests and same likes. All the way down to my dress. He helped me get it designed, and he’s been incredible.”

LAS VEGAS — Eva Marie’s confidence became her undoing at SummerSlam. Her hopes of putting the Eva-Lution on full display in her first pay-per-view match in seven years fell short when she opted to play with Lilly. But a loss wasn’t the end of the embarrassment.

After Marie took control of the match by knocking Bliss off her feet, the overly confident Superstar went after Lilly. Marie began to slap Lilly and even attacked Bliss with the doll. Bliss was enraged, unleashing a fury on Marie, who begged for an apathetic Doudrop to “do something.”

Bliss returned Lilly back to its pedestal on the ring post and planted a spooked Eva Marie with a DDT for the win. As Bliss and Lilly left, Doudrop rubbed salt in the wounds by proudly announcing Marie as the loser of the match and mocking her mentor by putting on her entrance robe and strutting away.

Former WWE Superstar reveals she is jealous of Alexa Bliss “I would’ve thrived if I was given it” – check.