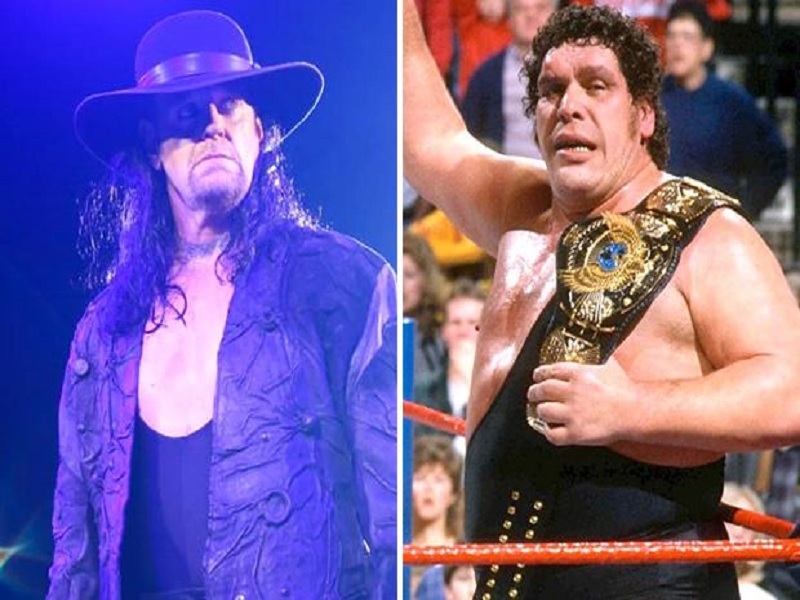 WWE legend Undertaker has revealed that the iconic Andre the Giant wanted a match against him. And The Giant had the perfect plan to instigate the feud — although he took that secret to the grave.

Standing at 7 feet 4, Andre was the planet’s most well-known wrestler throughout the 1970s and ’80s. Ill health meant the monstrous Frenchman was on the decline by the time The Undertaker arrived in WWE back in 1990.

But ‘Taker has spoken about how Andre, who passed away due to congestive heart failure in 1993, had a master plan to have one last epic encounter with him.

Undertaker, a seven-time world champion, told Pastor Ed Young as part of the Wrastlin’ series: “I never got the chance to wrestle Andre. By the time that I got there, his health was really in decline. He wrestled a few times and it was funny because Andre was really old school.

“Andre didn’t like big guys either — he loved me, thank goodness. But for most big guys, he thought they were arrogant or bullies or whatnot, but he had his way with a lot of guys that you would be like, ‘Oh, that’s a pretty tough guy,’ [but] Andre would set him straight. Anyway, he liked me and, you know, I guess we always think we got one [match] left in us, you know.”

Taker, who fights fellow legend Triple H at WWE’s Super Show-Down on Saturday, continued: “He’d come in, he’s Andre The Giant. Biggest star that’s ever [been] at that time in wrestling. Worldwide phenomenon, he was always the first guy in the locker room.”

It was not just The Undertaker whom Andre would not tell — the Giant kept his plan secret until his dying day. Taker added: “A good friend of mine to this day, his name is Tim White, he drove Andre around, he was one of the referees, and I had asked Tim all the time: ‘Did he ever tell you?’ I would ask and he’d never tell me.

“He was old school in that because he didn’t want anyone else to do it because he thought he was going to get to a point where he could get back in the ring and we could do something that would be a big deal.

“No one knows what it was, but you know, he ended up passing away and he never let me know. I wonder to this day, ‘Man, I bet it was good.’”