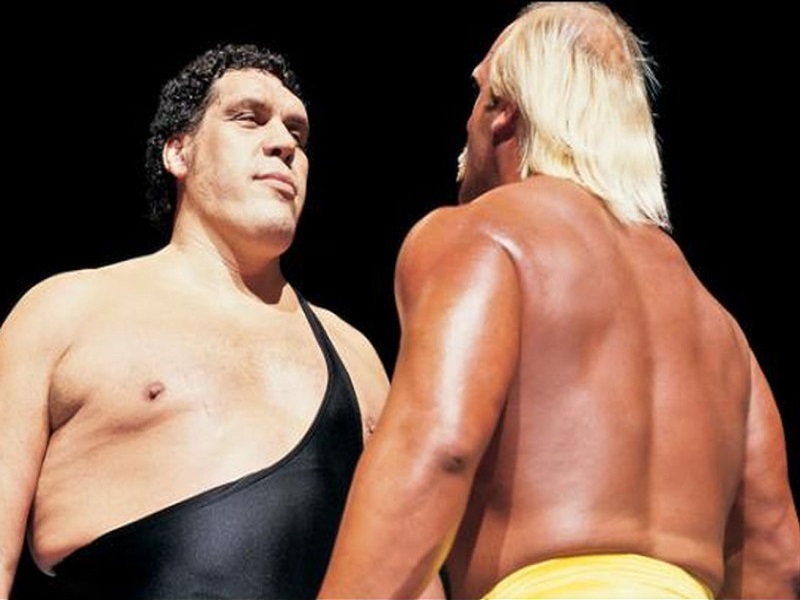 Hulk Hogan and Andre The Giant were as big as they came in the wrestling world, both literally and figuratively.

Their match at WrestleMania III is one of the most memorable in WWE history, but it was their encounter on February 5, 1988 that created the most controversy.

The program produced a spin-off, simply titled The Main Event. It didn’t last long, but the show had some great action featuring some of the biggest WWE Superstars.

During an episode of The Main Event, Hogan defended the WWE Championship against Andre The Giant, but he also had to contend with Ted DiBiase and Virgil outside the ring.

What Hogan didn’t plan on was referee Earl Hebner being in the pocket of The Million Dollar Man. When it came time to count Hogan’s shoulders down for the pin, Hebner ignored his kick-out and declared Andre the winner.

The official for the match was supposed to be Earl’s twin brother, Dave. You could imagine how surprised everyone was when the two Hebners appeared side by side and began arguing about what had transpired.

It was an odd foreshadowing of how Earl would be involved in the Montreal Screwjob almost a decade later. Granted, what happened with Hogan was all part of a storyline, but it’s still interesting how Hebner was in the middle of both situations.