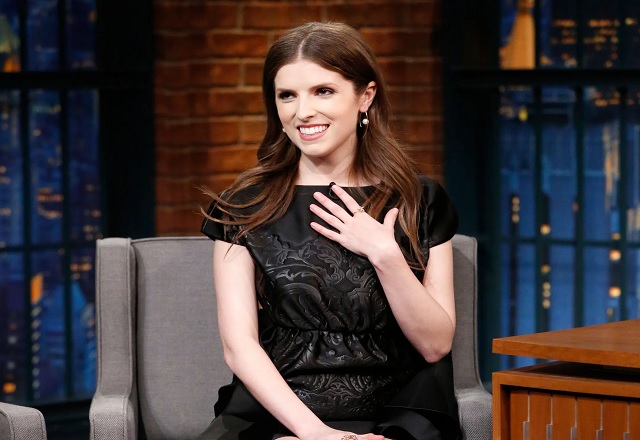 In an old video that came to light late last week, Italian director Bernardo Bertolucci said the rape scene in his 1972 movie Last Tango in Paris was filmed without the consent of actress Maria Schneider. That means that what a lot of people thought was a fictional rape scene that Maria knew about and planned for ahead of time was not that at all but rather an actual sexual assault that Bernardo set her up for.

In the video, Bernardo said he didn’t tell Maria he planned to have actor Marlon Brando use a stick of butter to sexually assault her because he wanted her to react “as a girl, not as an actress” and to feel the “rage and the humiliation” of rape.

That’s obviously disgusting and sad, but as Anna Kendrick pointed out, it’s not a surprise. Maria, who was 19 at the time when Marlon assaulted her on camera, had gone public about the rape scene being planned without her consent years ago — but no one listened.

Chris Evans tweeted about the revelation, saying he will never look at the film, its director, or Marlon — who was Maria’s attacker — the same way again. He said he feels rage. That’s when Anna said that rage is long overdue.

Ms Schneider stated this several years ago. I used to get eye-rolls when I brought it up to people (aka dudes).

When someone is sexually assaulted, everyone encourages them to report their assault to police, doctors, friends, family, and basically everyone. That can be a good thing, but a lot of survivors are very hesitant to report. Many are afraid no one will believe them, and this story is yet another that shows exactly why.

When Maria reported her rape essentially to the world, Anna points out no one took her seriously.

I don't doubt it. It wasn't treated like a big story then(shocker). Glad at least it will be taken seriously now

Since only 2% of rape reports are found to be false, it makes absolutely no sense that we don’t believe survivors when they come forward.

By doubting survivors and ignoring their reports, we’re telling survivors that what happened to them is OK — but make no mistake, se-xual assault is never, ever all right. We should take survivors seriously, we should trust but verify, we should offer support, and we should never blame.

As Anna said, we’re glad Maria’s assault is being taken seriously now, but we wish it had happened when she originally spoke out about it.

Related Topics:anna kendrick
Up Next

Halle Berry show off incredible workout with just a towel