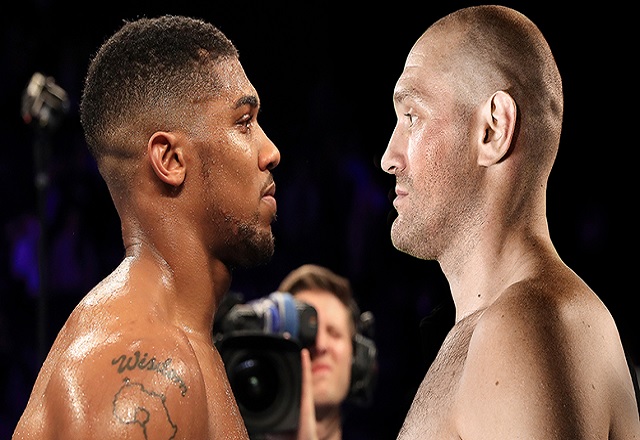 Roy Keane. The man who has made us laugh throughout this pandemic with his comments towards players and how they even celebrate staying up in the Premier League. Keane has now given us another golden moment as he was asked 50 quick-fire questions by fellow Manchester United legend Gary Neville to celebrate Keane’s 50th birthday.

Throughout the video, Keane provided some hilarious answers to questions including “Liam or Noel Gallagher” (Keane replied, “both get on my nerves”) and “If you could change one thing about your appearance, what would it be?” (Keane answered, “there’s not much wrong is there”).

One question the Mancunian asked was who the Irishman would pick between Tyson Fury and Anthony Joshua.

A truthful Keane responded, “I don’t like any of them. The heavyweight stuff is irritating me, too much talk.

None of them. They both irritate me; I’m not picking any of them

The Battle of Britain has been in the works for sometime now, I believe they did have a contract agreed, they had announced a date and everything.

Instead, the Gypsy King will now face Deontay Wilder for a third time in September, due to an American arbitration court ordering Fury to face Wilder instead, shattering the prospect of an all-British unification bout.

Fury and Wilder have produced history making moments in the sport of boxing as we saw Fury get up after a 9 count which the crowd thought he was certainly knocked out. That first bought ended in a draw.

The Second fight saw a dominant Fury batter Wilder, as Wilder’s team threw in the towel during the seventh round. Wilder (not being impressed) fired his team very quickly.

In other news, it was announced that AJ will put his Heavyweight championship belts on the line against Oleksandr Usyk on the 25th September at the Tottenham Hotspur Stadium.

Usyk is the number one contender for AJ’s belts since a deal couldn’t be agreed with Fury’s team.

While fans are hopeful that AJ and Fury will make it through their respective bouts unscathed and face off in early 2022, this is heavyweight boxing and Usyk and Wilder are both hugely dangerous opponents.

Mike Tyson’s Revealed Why His Net Worth So Low.- CHECK.