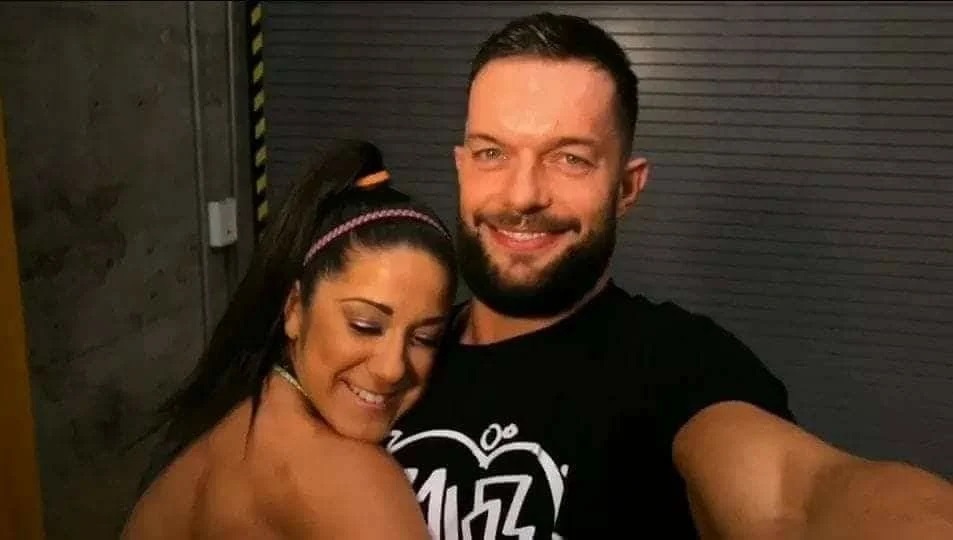 For those who don’t know, WWE Superstars Bayley and Finn Balor do share a close friendship but they never opened up on this.

Now, the rumor mill obviously had some doubts over whether they have been dating or not, after seeing their fancying towards each other. The speculations have just grown bigger perhaps now the former hugger gimmick-holder is single, nowadays.

The first-ever female Grand Slam Champion, Bayley recently joined Renee Paquette fka Renee Young on Oral Sessions Podcast to discuss how far she’s come in her career ever since joining the company all the way back in 2012.

It was a tough ride, indeed where she had to deal with a lot of frustrations. She credited former Divas Champion AJ Lee to help her to get through those bumpy rides.

Bayley disclosed that she is still in touch with the pioneer champion. They exchange text every now and then which include pictures of their dogs as well as going for some competitions like how long they can keep their Christmas trees alive following the holiday season.

Renee then proceeded to mention that she was researching questions to ask Bayley for this conversation. She came across multiple posts about the Role Model and the current NXT Champion Finn Balor being involved in a romantic relationship.

Renee mentioned that most of the fans know that it’s not true since Balor is married. But Paquette wondered why that the relation rumors are available on search engines like Google.

Bayley wiped out all the chances of herself dating the Irish Superstar before detailing how those rumors came by,

“Oh, my God! Well, we had an awesome story… it wasn’t even a storyline. We kind of made it up ourselves in NXT. He sprained his ankle, so he wasn’t having a match. Everybody thought it would be funny if I did his entrance cause my character was just so, whatever.

“One time – I got in trouble with this in my past relationship – we took a picture with his parents, and people were like, ‘Oh, my God, are they really together?’ We’re obviously aren’t married. He’s married to a beautiful woman, and he seems so happy. That was so much fun. We had so much fun with each other.”