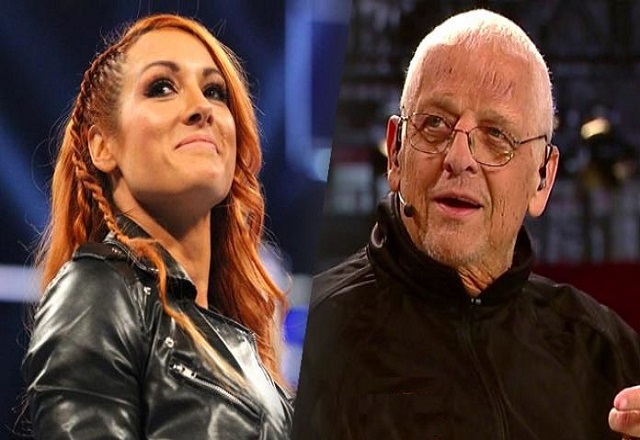 At the time, the 4 Horsewomen of NXT were starting to come into their own. Sasha Banks was NXT Women’s champion and had just defeated Lynch in a title match at Takeover: Unstoppable the month prior to Dusty’s passing.

Earlier today, Becky Lynch responded to the Tweet, noting that at WrestleMania she has the opportunity to prove just how right about her Dusty was.

In one week I’m going to prove The Dream was right. #WrestleMANia https://t.co/J8y7tWh5j5

While Becky Lynch had Dusty Rhodes pulling for her while in WWE developmental, it appears she had her fair share of detractors as well.

Not long after learning her match would headline WrestleMania, Lynch noted that some were pushing for her to be released when she was still in developmental.

“I got a couple of text messages this week from people here at work and NXT or worked in the office side of things. (They said) I don’t know if you knew this, but there are some people that wanted to fire you when you were in NXT.

Congratulations on the main event.”