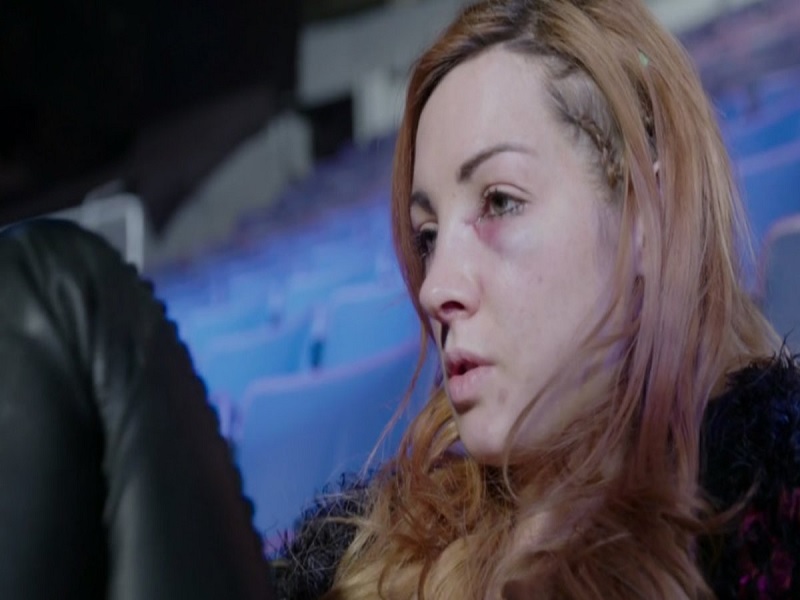 Stephanie McMahon stated that Lynch wanted a WWE Superstar to attack her in the maternity ward.

“But it’s funny! I kept talking to Becky all during her pregnancy and then afterwards she was actually pitching somebody jumping her in the maternity ward [laughs]. You know, I guess we could reenact it.”

Becky Lynch was the biggest WWE Superstar of 2019 and was one of the most popular wrestlers in the industry at the time. She won the 2019 Women’s Royal Rumble match and headlined WrestleMania 35 with Charlotte Flair and Ronda Rousey.

Lynch pinned Rousey to become the RAW and SmackDown Women’s Champion in the main event of WrestleMania that year. Becky Lynch was featured on the WWE 2K20 videogame cover alongside Roman Reigns.

She was still the RAW Women’s Champion when WrestleMania 36 came around. Lynch defeated Shayna Baszler at The Show of Shows to retain her title belt.

However, due to her unexpected pregnancy announcement, she vacated her belt on the episode of RAW after Money In The Bank. Lynch handed the belt to the Women’s Money In The Bank holder Asuka that night. Asuka had won the briefcase at the namesake event inside WWE’s headquarters.

“Right now is a great time for returns in this business, hopefully there is a surprise return of Becky Lynch”
WWE obviously didn’t go ahead with Becky Lynch’s pregnancy-related idea on television. But one wonders how the WWE Universe would have reacted if this angle had seen the light of day.