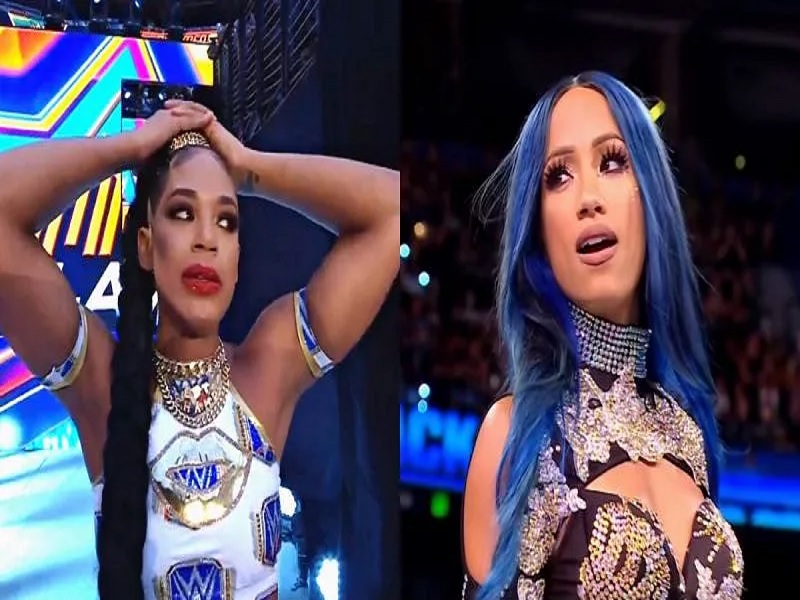 While Bianca Belair was sad that she couldn’t get to face Sasha Banks at SummerSlam, The EST of WWE sounded confident about getting her rematch with The Boss soon.

Becky Lynch replaced Sasha Banks and won the SmackDown Women’s Championship from Bianca Belair in a 27-second match. Raj Giri of Wrestling Inc first reported that Sasha Banks was pulled from the scheduled title match at SummerSlam a few hours before the show.

“@SashaBanksWWE, it may not be tonight, but sooner or later, it’s going to be me and you in this ring.” – @BiancaBelairWWE #SummerSlam pic.twitter.com/EgyhXChi5p— WWE Universe (@WWEUniverse) August 22, 2021

Bianca didn’t reveal the reason behind Banks’ absence. She noted that her SmackDown rival had been through a challenging few weeks leading up to SummerSlam.

Belair promised to defeat Sasha Banks before shifting her attention towards recapturing the WWE SmackDown women’s title from Becky Lynch:

“All I can say is, tonight it couldn’t happen with Sasha Banks, but coming soon, it will be a time where Sasha and I are in the ring again. So, we are definitely going to finish what we started off, and you know, it’s been a tough couple of weeks for Sasha Banks, and I was ready to put an end to her tonight. So whenever that time happens, I’m going to be ready to put an end to her and move over to Becky,” Belair revealed.