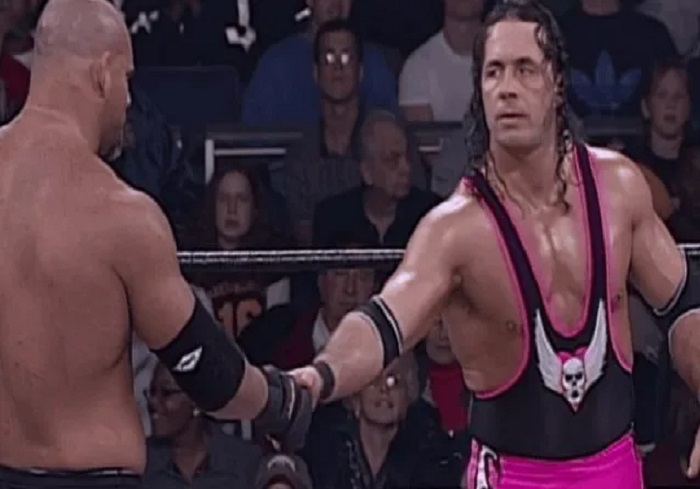 There is arguably no one more outspoken in the world of professional wrestling than Bret ‘Hitman’ Hart. In recent years, he has taken everyone who wronged him to task for their crimes and not spared any feelings along the way.

Anyone who owns a copy of his superb autobiography, Hitman, purchased a copy of his WWE released DVDs, listens to his gripping shoot interviews or subscribes to his insightful Confessions of The Hitman podcast will know that Hart is one of wrestling’s greatest storytellers both inside and outside of the ring.

If you delve into the tales he has told with relish and delight, you’ll find the Montreal Screwjob, his feelings on Shawn Michaels, Triple H and Vince McMahon, his failed run in WCW and possibly one of his most famous fables, Bill Goldberg and the kick that ended his time as an active performer.

Just when you thought you knew everything about Bret’s feelings towards the former WWE Universal Champion, ‘The Excellence of Execution’ reveals more information about his time with the specialist of the Jackhammer. In a recent episode of his Confessions of The Hitman webseries, arguably the greatest wrestler to ever step into a ring spoke once more about the man who ended his glorious career.

On the subject of keeping your opponent safe between the ropes during the episode named, ‘Nature of the Business’, Hart tore into the powerhouse even though he admitted he liked Bill as a person:

“Goldberg was a gorilla. Goldberg was a guy that nobody seemed to have taught how wrestling really works. He seemed to think he could just pick a guy up and just slam him through the mat as hard as you could and that was good wrestling. But I always liked Bill as a person. His wrestling, his work rate was 0/10. Like, everything he did hurt – everything! He could tie up with you and hurt you. He’d tie up with himself and hurt himself!”

“Bill was one of those types of guys that I don’t think understood ever that it’s supposed to look like it hurt but it’s not supposed really hurt. And he had so many people praising him because he’d run you over like a car. Like, he’d football tackle you with no pads on. He’s all jacked up and roided up, and he’s about 280 lbs. You might as well have a real car just drive over top of you. He’d line up and just run you down, knock you down, and hurt guys. I asked, ‘how does he do that without hurting everybody?’ And everybody he worked with would come to the back holding their ribs. Guys would have tears in their eyes from how much pain they were in, and he was a really reckless and dangerous guy to wrestle.”