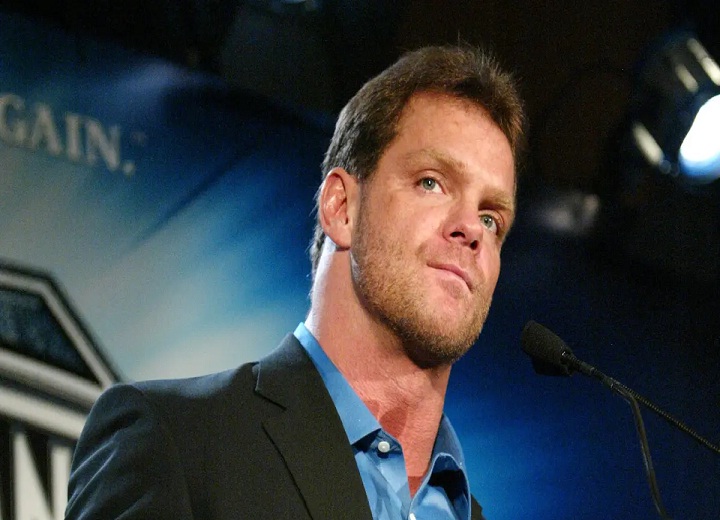 In December of 2014, Bob Holly joined host Jim Ross on an episode of the now-discontinued Ross Report podcast. Holly revealed that he had plans with Chris in his last days that would have had Bob going to the Benoit house when the murders occurred.

Holly shared the following when asked by Ross what was the night like when he found out that Chris, Nancy, and Daniel were gone.

“He called me ’cause I had gone to Atlanta for some business up there, and he went to the doctor. I had talked to him a few days prior to that, and he said, ‘Hey, I’m gonna be home on Wednesday,’ and I said, ‘Well, I’m gonna be up in Atlanta, so…’ you know?

He said, ‘Hey, why don’t you come by my house and see me?” and I said, ‘Chris, it’s your day off, I want you to spend time with Nancy and Daniel, and you don’t need me there.’

He goes, well, I’m not gonna repeat how he said it, but he said, ‘That doesn’t matter, just come.’ He said, ‘I don’t mind, Nancy doesn’t mind just come on, and you know you can have dinner with us or whatever.’”

“Now, mind you, later on that afternoon, that’s when he killed Nancy and so that really hit me hard because it’s one of those things where, okay, if I would’ve shown up, would the outcome be completely different? Would they still be alive today? I mean…that hit me hard. You couldn’t unplug from that one. And that was really tough to digest because I talked to Chris.

“He said, ‘Why in the heck aren’t you coming up here? F this, I don’t care, blah blah blah you should’ve come up. It doesn’t matter. I wanted- I’d like to see you.’ We rode together a lot; we were pretty close. He and I were pretty tight.

“We rode a lot, and he was the most polite person ever on the planet to anyone he ever met. And so, he said, ‘Hey, I just left Dr. Aston’s office, I’m on my way home how come you’re not up here?’ And it’s like, wow…”

Jim Ross then asked Bob Holly if Chris sounded particularly agitated in those conversations as if something was bothering him other than the fact that they couldn’t get together.

Holly responded, “No. After he said how he felt about me ’cause I wasn’t coming up there to hang out with him or whatever, it was just small talk. You know, ‘How’s TV? How’s this, how’s that? How’s everything going with…” you know? I said, ‘How are you and Nancy doing?’ ’cause I knew him and Nancy were having trouble because we talked and he said, his exact words were: ‘Aww, she’s acting like Hitler again.’

“I didn’t know what to say to that obviously because I didn’t want to get in their business or anything, and so I just kinda laughed it off followed by a little small talk here and there, and then that was it.

“And then I find out that he killed Nancy at like, what was it, 4:30 or 5 o’clock that afternoon? This was like 5 hours after I got done talking to him.”

Jim Ross brought up how Bob Holly may have been one of the last guys on the WWE roster Chris Benoit spoke to. Why was Chris so adamant about having Holly at his house? What was his tone like on that one call Holly did not want to repeat? The “what ifs” are countless, but as Holly questioned, could he have prevented anything had he gone over to Benoit’s house hours before Nancy’s death?

Thankfully, these are just hypothetical questions and not heartbreaking facts. We, along with Bob, can only be grateful that he stayed safe from a dangerous situation.