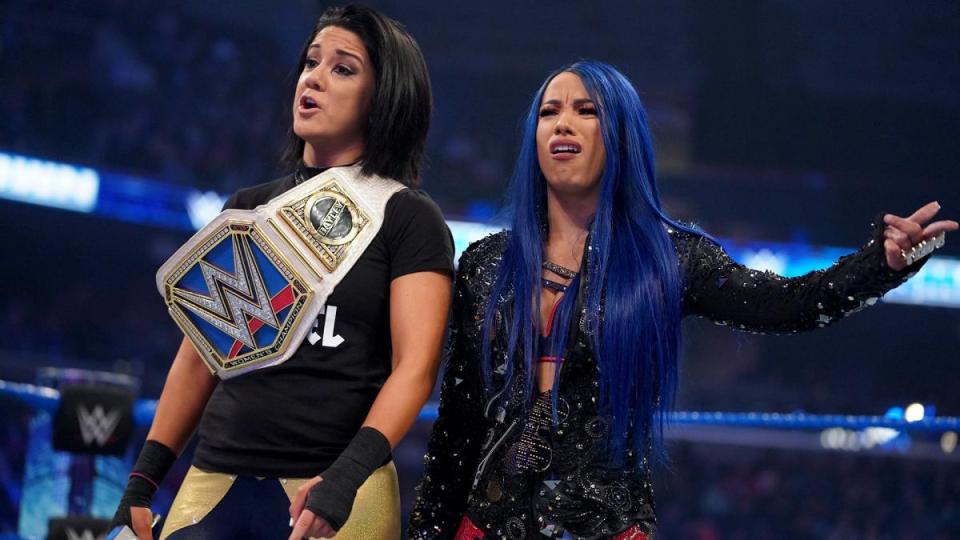 Bayley snapped and mercilessly beat up an injured Sasha Banks on SmackDown last week. Here’s what led to that moment and where we could be going next.

Those were the words Bayley screamed at Michael Cole on WWE SmackDown after she used the steel steps to utterly destroy Sasha Banks’ already-injured knee, which had been slammed through the ring post earlier in a second defeat to Shayna Baszler and Nia Jax.

Bayley’s attack on Sasha had already been damaging enough to that point, both in terms of the physical damage to Sasha’s knee and the emotional damage to her former best friend and to the audience that was still processing what just happened.

But Bayley didn’t stop there. She wrapped a steel chair around Sasha’s neck, laid her down on the canvas, and jumped off the top rope so that the chair snapped into the Boss’ neck. As she did this, she took long pauses, sneering as she admired her work.

While Bayley’s attack on Sasha wasn’t out of nowhere – we saw it coming after Sasha’s distrust of Bayley on the previous week’s SmackDown – it was as emotionally jarring as it would have been if it were completely out of the blue.

” It’s A Lot Of Pressure; I Can’t Afford to Lose” – Anthony Joshua on his fear of failure