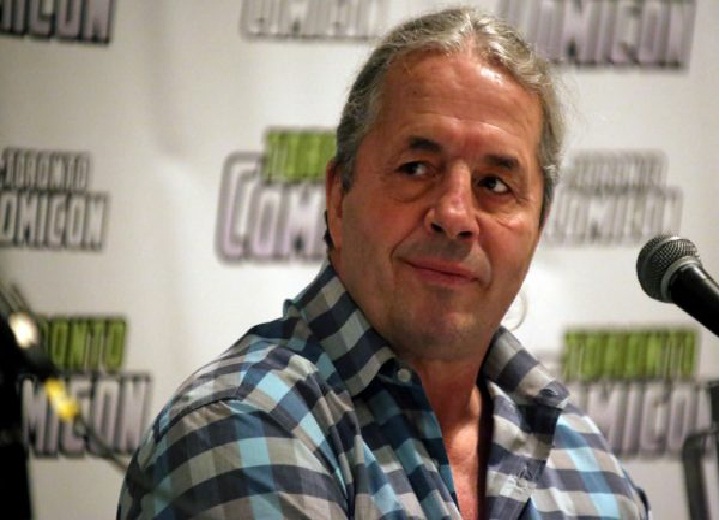 Bret Hart And Buddy Murphy Announced For Warrior Wrestling’s ‘Sweet The promotion has announced that WWE Hall of Famer Bret Hart will appear at its “Sweet 16” show on October 16. This show will be held at 700 Ashland Ave, Chicago Heights, Illinois.

He’s a two-time King of the Ring winner and a former WWF Superstar of the YearUpdate: later the same day, Warrior Wrestling announced that Buddy Matthews, formerly known as Buddy Murphy, will appear at Sweet 16.

This show will mark his second scheduled appearance, following a match with Brian Cage for Battleground Championship Wrestling in September.

Warrior Wrestling just wrapped up its “Stadium Series” line of shows, and it also held its “Switchblade Series” event this past weekend. The latter featured starslike Thunder Rosa, Brian Cage, Kylie Rae, and Jay White, among others.

Bret “The Hitman” Hart is one of the greatest of all time to lace up a pair of boots. The Hitman transitioned from a fine tag team competitor into a certified main eventer.

Despite all of the great matches that Hart has had throughout his WWE and WCW career, he has had some absolute stinkers. Some of the wrestlers that Hart failed to have a great match with were unquestionably good workers, whereas others weren’t as good.

Bret Hart was prepared to square off with Jerry “The King” Lawler at SummerSlam 1993 but Lawler found a way to get himself out of the match. He feigned an injury and he chose Doink The Clown to replace him.

The match was extremely underwhelming but The Hitman dominated with ease. Hart was closing in on the win with his trademark Sharpshooter on Doink but Lawler intervened by nailing Hart in the back of his head with a vicious shot with his crutches in Halloween Havoc 1998, Bret Hart defended the WCW United States Championship against Sting in a dream match. Hart’s time in WCW was confusing as there were many illogical booking decisions.

Nevertheless, it was the Sharpshooter going toe-to-toe with the Scorpion Deathlock which is virtually the same submission hold. Sting represented the nWo Wolfpac but sadly this dream match was bitterly disappointing.

The Hitman hit Sting several times with the baseball bat when the referee was down but he retained his title with his patented Sharpshooter.

Bret Hart teamed up with his brothers Owen, Keith, and Bruce in a traditional four-on-four Survivor Series elimination match at the 1993 Survivor Series. They faced off with Shawn Michaels and his team of knights which were Greg Valentine, Barry Horrowitz, and Jeff Gaylord in disguise.

This was the longest match on the card clocking in at three seconds shy of 31 minutes. The Hart Family were extremely dominant, and Bret registered one elimination by removing The Red Knight from the equation with the Sharpshooter. It was almost a clean sweep but Owen was eliminated by Shawn Michaels.

WrestleMania IX was a huge moment in Bret Hart’s career as he main evented WrestleMania for the first time as the reigning WWE Champion. However, he had a gargantuan task in front of him as he defended his prestigious championship against Yokozuna.