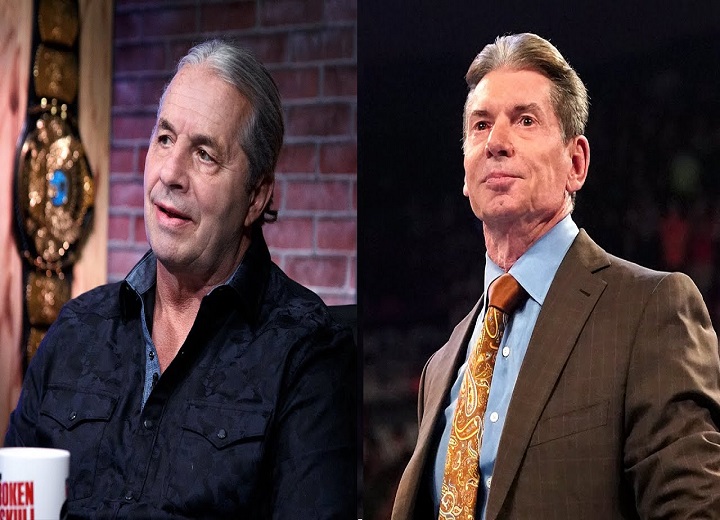 Bret Hart hosted a new episode of Confessions of The Hitman this week, where the two-time WWE Hall of Famer discussed some of his favorite tag teams to work with throughout his legendary career, starting off with The Hart Foundation’s matches with The British Bulldogs before naming other teams like The Dream Team and the Fabulous Rougeaus.

“When I look at those days and those teams, all of them, The Hart Foundation, and The Bulldogs, even Greg Valentine and Brutus Beefcake as an example, were a good combination,” Hart said. “Beefcake was never the wrestler that Greg was; Greg was a very solid and credible wrestler.

He carried the weight, and Brutus was enough of a character that he could carry his end, and he was a big enough guy, and had enough of a physique. It was an interesting combination.

If you look at even Mike Rotunda and [Barry] Windham, they really were a good, polished, skilled wrestling team that could go out there and have a great match with anybody.

It’s no secret that WWE’s tag team scene in 2020 isn’t what it was in the 80s and 90s, and Hart places the blame for that at the feet of Vince McMahon.

“It’s sad if you look at tag team wrestling today, where it [has] gone because they let it die out a little,” Hart said. “But it always had its own history and its own style.

A tag team wrestling match is so much different than any match on the card. It’s a completely different kind of strategy to the match and building it up. And the matchups – there are four guys in the ring and you team up Andre [The Giant] and Haku, as an example, against me and Jim ‘The Anvil’.

It’s like, people go, ‘what’s going to happen in this?’ Me and Jim working over Andre can happen. Two guys on one.

It was just fun to play up the psychology of how would The Hart Foundation fare against that team or The Rougeaus? They tag in and out all the time and they have a certain style.

“I think it’s my understanding that Vince McMahon got sick of tag team wrestling and is no longer a fan of it,” he added. “And that’s so sad that he kind of singlehandedly killed a part of the wrestling business that was so important.”