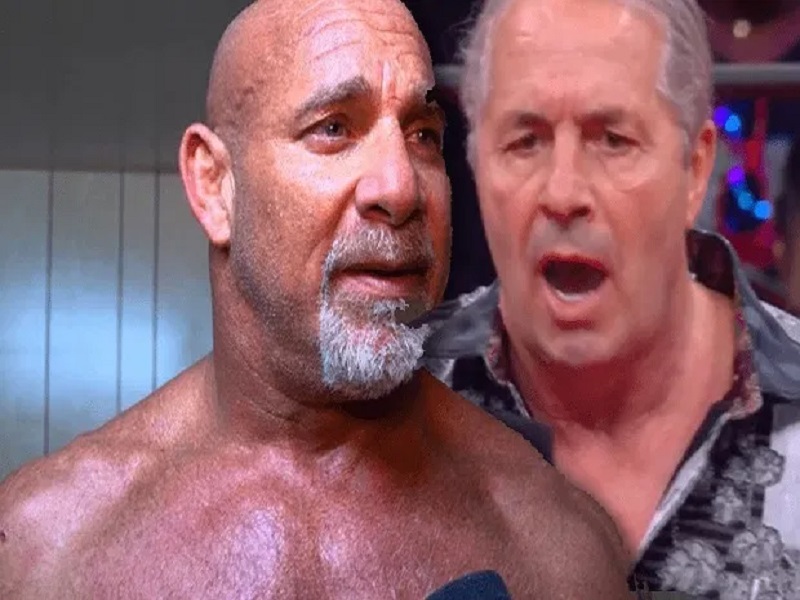 Bret Hart and Goldberg might not be the best two WWE Hall Of Famers to sit at the same table during any future get togethers. Hart still harbors quite a bit of resentment for Bill Goldberg.

Bret Hart had before now said that Goldberg’s work rate was “0/10.” He went on to discuss that career-ending concussion during Confessions Of A Hitman.

Emphasizing more on how Bill kicked him mercilessly, hart said:

The kick was the work of a total– like, somebody who had absolutely no skill at all. He literally threw me into the ropes and tried to kick my head off my shoulders.

Like, there was no working aspect to it,” Hart continued. “There’s no way you can do it without hurting somebody, and the thing with Bill was that all the ‘I’m sorries’ in the world don’t mean anything when you hurt somebody for real.

It ended my career, and one of the things that always bothered me about Bill was about a year after he hurt me– which he never called me and he never talked to me about it.

He never called to see how I was doing or anything like that, but he did say when I saw him about a year after I got hurt, in fact a few weeks before [WCW] terminated my contract, I remember he said to me, ‘it’s the nature of the business – we all know what can happen out there.

In the end, Bret Hart claims that Goldberg cost him $15 million. WCW cut Hart when he couldn’t wrestle anymore. That wouldn’t have happened if Goldberg didn’t kick Hart in the head.

If I hadn’t got hurt when I did– they ended my [contract]. I hung on ’til it wasn’t quite a year; I hung on for 10 months and then they sacked me. But [WWE] bought out WCW and the guys that both got paid out where Goldberg and [Hulk] Hogan.

I wouldn’t have to have had to work for anybody. I would have cashed in and made $15 million. But because Goldberg’s kick ended my career, they terminated me 10 months after I got hurt and I never got anything. My contract was null and void.

If I couldn’t wrestle within six weeks, you’re done. And it’s one of those loopholes in my contract, but my contract was always with Ted Turner – not with WCW, and that was the key. That’s what Hogan had and that’s what Goldberg had,” Hart noted. “They had their contracts with Ted Turner.

“Whatever You Do, Don’t Hurt Me.” – What Bret Hart Told Bill Goldberg