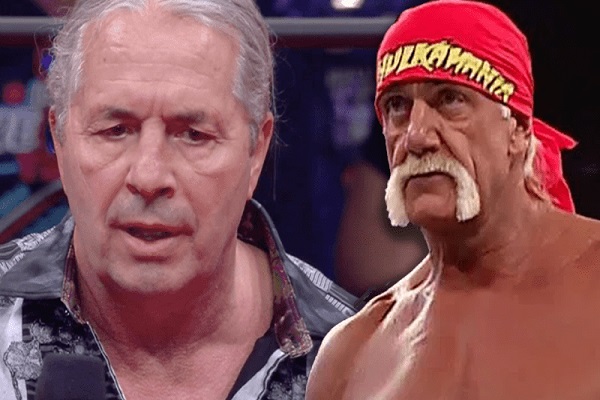 In an interview with Wrestle Talk TV Extra (and reported by WrestlingInc.com), Hart calls Hulk Hogan and Eric Bischoff “useless” following their run with Impact wrestling.

Hmmmmm…that totally flies in the face of a posting on Hart’s own webpage, where he sings the praises of Hogan. In that posting, called “Tribute to Hulk Hogan,” he cites how Hogan was a hero not only to wrestling fans but also to the wrestlers backstage.

Hart recalls one time in 1987 when he and Hogan were rushing to catch a flight. There were so many autograph requests that it took Hogan 45 minutes to get to the gate. But he obliged as many as he could:

They were closing the doors as he was boarding the plane, and this one fan asked him for his autograph. He said apologetically, ‘I’m sorry, I can’t, I’m gonna miss my flight …’ and he got on the plane. I was right behind him and I heard a bystander flippantly remark, ‘Just like I figured. I always thought he was a jerk.’

I thought to myself, that person has no idea how many autographs he just signed. Being a hero like Hulk Hogan, it’s hard to make everybody happy but for a guy that’s been wrestling as long as he has he’s certainly done a heck of a job. Hulk was especially considerate of me when I joined him in the WCW.

From “hero” to “worthless.” Wow, how an opinion can change in 26 years.

But then again, it appears Hogan does not feel the love toward Hart, either. In a 2012 interview with The Sun newspaper in London, Hogan questioned Hart’s motives in the now-famous Montreal Screwjob with Shawn Michaels:

It’s fake wrestling! It’s acting! If it was a competitive sport, Andre the Giant would probably never have been beat, and Kurt Angle would probably be the champion now. It sure wouldn’t be Bret Hart or Hulk Hogan.

Now it looks like he is starting a collection of axes.

Hart certainly is exercising his right to free speech. But eventually, those words could come with a price.