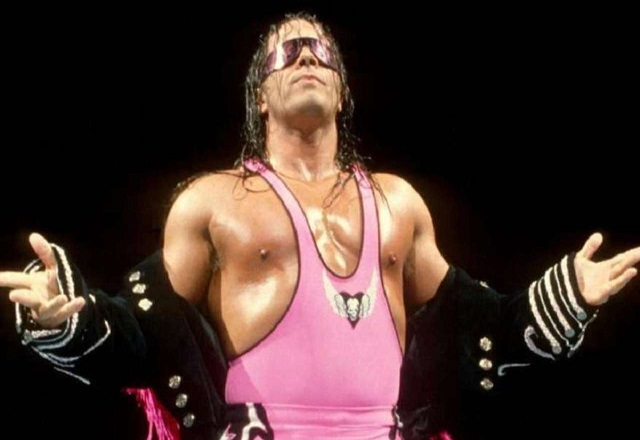 Among most wrestling fans and industry experts, Bret Hart is considered among the greatest of all time. Throughout his multi-decade career, Hart captured major championships in every promotion he was part of while also becoming one of the biggest stars in the industry throughout the 1990s.

When the bell rang, fans always knew they were going to get something special from the Hitman. Hart’s ring work was generally regarded as among the best in the history of the business and he had classic matches with a dozens of opponents.

However, as fans are well aware, there’s more to making a wrestling star than just pure wrestling ability. You have to have the look of a star and be able to talk like a star.

Hart recently started a series on his website titled Confessions of the Hitman, and during one of the episodes, he talks about his rating scale for wrestlers.

When looking at someone’s career, Hart grades look, wrestling ability, and promos on a 1-10 scale. When asked to grade his own career, Hart was a little critical of himself as it relates to giving promos and gave himself a much lower score in that category than the others.

“I sometimes had great mic moments in my career, but it was my weakest area and I knew that. I would give myself a four-out-of-10 or a five-out-of-10 on promo skills.

Maybe in my prime, when I was in my best years near the end, I would give myself an eight or a nine, so there is some evolution there, but it was my weak spot.”

“The third category is, how good can he, Bret Hart, actually wrestle? I think on that scale, I’d give myself a nine, maybe a 10. I could wrestle anybody, any shape. You could put me in there with big, huge guys. I could wrestle Andre.

Hart’s best promo work was undoubtedly during his 1997 heel run as part of the Hart Foundation. Prior to that, many industry experts rated his microphone ability as a weakness. However, the Hitman really came into his own during that run and delivered some of the best work of his career.