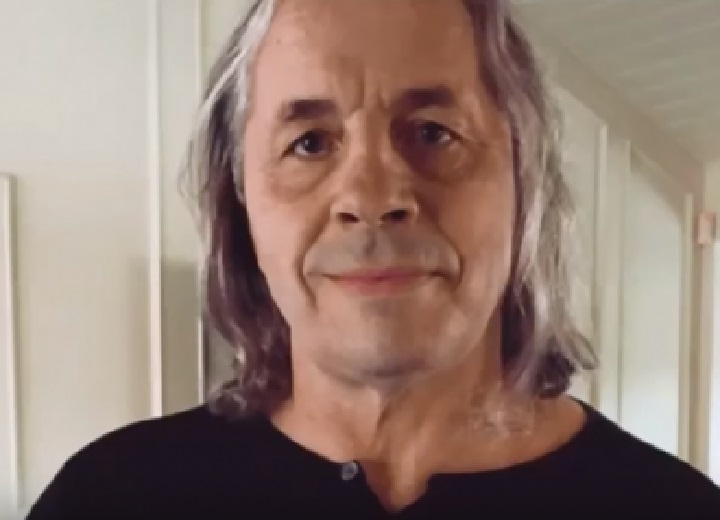 Recently, Jake ‘The Snake’ Roberts caused massive controversy when he appeared on the FlipDaScript Podcast and gave his views on both Bret Hart and Shawn Michaels as WWF Champions.

During the interview in question, Roberts orated his belief that the pair were the worst world champions and that no one ever paid attention to them when they were part of The Rockers and The Hart Foundation:

In some respects Roberts was correct. Business took a nosedive in 1992 after Hart captured the WWF Championship from Ric Flair and again in 1994 after he recaptured the gold from Yokozuna at WrestleMania X.

However, at the times Bret Hart reigned as WWF Champion, business was down in general and ‘The Hitman’ cannot be blamed for a lack of interest in the industry thanks to events elsewhere. He was undoubtedly one of the greatest professional wrestlers on the roster.

The same goes for Shawn Michaels. In 1996 when the strap transferred to HBK, he also was one of the most reliable and exciting in-ring performers of that generation. Fans may have shunned his rise to the top of the mountain, but the majority of his title defences through 1996 ranged from very good to excellent.

Their later reigns not only helped to change their characters, but aided the onset of WWF’s Attitude Era with the formation of The Hart Foundation and D-Generation X.

Neither will ever be classed as the worst world champions. Quite the opposite.

Now, Bret Hart has turned his attention to the comments made by Jake Roberts and given his own unique response and insight on the twenty sixth edition of Confessions of The Hitman.

Accepting that he didn’t draw as well as Hulk Hogan – that would have been a mammoth undertaking in the early nineties when the industry as a whole was in a slump and frowned upon thanks to the Vince McMahon steroid trial – Hart spoke on his draw as an international hero and the exception he takes to Roberts’ words:

“I take exception. Jake Roberts is one of those guys who a few months ago said something about– he made a stupid comment about the two worst champions there ever were were Bret Hart and Shawn Michaels.

And he made some reference that we didn’t draw, which is always– I don’t know if that’s a fair view. If you look at any of the WrestleManias – WrestleMania 12 – you can’t tell me, if you look at the crowd, that I didn’t draw. I mean, it was huge buyrates and it was a packed arena.

Even Wembley Stadium with Bulldog was over 80,000 fans there. And to try to throw out, ‘hey, you never drew?’ I wrestled in front of 100,000 people in India for WWE in 1994. We drew, but maybe in the United States, you could argue that I didn’t draw in the way that Hulk Hogan drew.

But, I mean, who did? Who drew like Hulk Hogan did? It was a phenomenon in 1984 when WrestleMania had the whole sort of rebirth of pro wrestling happened, and the numbers that happened at that time were unprecedented.”

Of course, Bret Hart was correct. The phenomenon of Hulkamania was something the industry had never seen before and would not even come close to being topped until the rise of Stone Cold Steve Austin in the mid-late nineties.

“I don’t know who was going to carry the torch if it wasn’t me and Shawn Michaels. At least we were hard workers. I disagree completely that we were the two worst champions of all time.

I think you would be hard pressed to find two better pro wrestlers; we were at the top of the pile. Shawn Michaels or me never had to take a backseat to Hulk Hogan, or Ultimate Warrior, or whoever Jake thinks are the real iconic pro wrestling champions.”

Never letting a criticism about his career lay, Hart turned his ire to Jake Roberts the wrestler in order to point out a few flaws in the character, psychology and ability of ‘The Snake’:

“I think it bothers me that someone like Jake, who never went to the gym– if he did go to the gym, he might do a set and then go smoke a cigarette outside. He was not a tough guy, was not a legit athlete, he was strictly a promo, and he was a great worker; a great pretend wrestler.

But all I know is that when my time came and they picked me to be the champion, they chose me for whatever reasons. I’m very happy that they chose me. I think I was a good choice.

I certainly worked hard enough to get that opportunity. But Jake Roberts said something like we were too small and we and we never drew big numbers or anything like that, but I say in response to that, where was Jake Roberts? Like, why didn’t Roberts take the torch? Why wasn’t he there?”

Bret’s question is one that has been asked for decades. Why wasn’t Jake Roberts WWF Champion? The truth is that he didn’t need to be. Some wrestlers are big enough on their own that they don’t need the lure of a major championship to either get them over or make them more important.

There’s an argue to be made for everything in professional wrestling and arguably, the WWF Championship in the late eighties couldn’t have made Roberts a bigger star than he already was.

Continuing his tirade against Roberts, Hart struck up an interesting note about how, in his opinion, Jake never put anyone other than himself over, passed the torch and screwed The Undertaker out of a clean victory at WrestleMania 8:

“Jake Roberts is one of those guys who never passed the torch to anybody. He never made anybody but himself. So where was Jake Roberts when guys like me or Shawn Michaels needed somebody to pass the torch like what Roddy Piper did for me?

Why was Jake Roberts never there for anyone else? He was only there for himself. Roberts was a sneaky kind of guy in the ring. Roberts was supposed to put over Undertaker at WrestleMania – I think it was WrestleMania 8 in Indianapolis – and Roberts called something, an audible in the match, and had Undertaker do his finish on the floor.

Undertaker didn’t know what to do. He was still kind of green in those days, and he was listening and trusting Jake. And Jake ended up getting counted out on the floor so he wouldn’t have to actually go in the ring and put Undertaker over. And then, Roberts was fired. He was fired from the company.”

If you wish to listen to the rest of the interview which went on at length and covered how he and Shawn Michaels changed how wrestling was done, how their fateful Survivor Series 1997 bout was planned to be different and how Jake Roberts owed him thousands of dollars then subscribe to Confessions of The Hitman now.

WWE legend says, Bret Hart once told Owen: “I’m going to disown you as a brother”