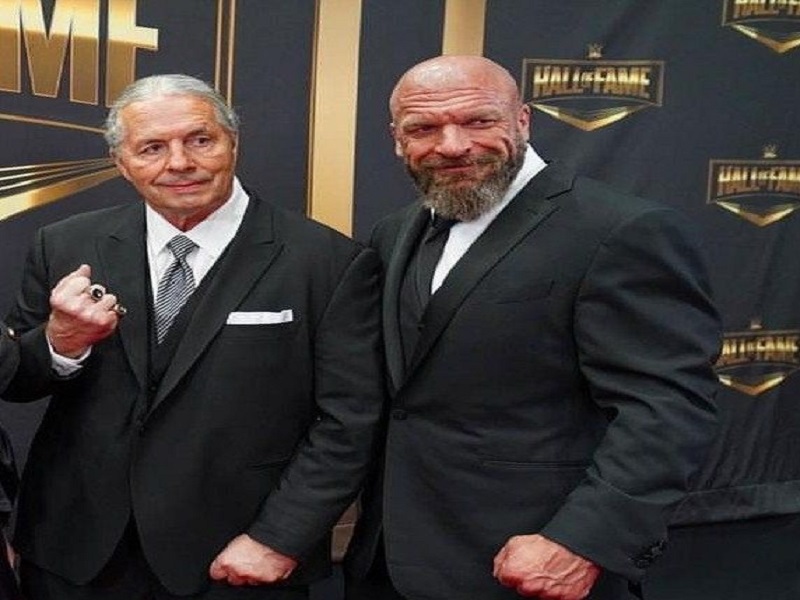 Bret Hart has revealed what he thinks about Triple H in the wrestling business, saying that nepotism has had a big part to play in The Game’s success. Hart was a guest on The 81 Podcast when he made the claims about the fourteen-time champion of the world. Triple H was part of Shawn Michaels’ entourage at the infamous Survivor Series 1997 event in Montreal.

“There’s always some guys you know that no matter what they do with them, you always wonder how they got there. I never thought Triple H ever had an idea, original idea for anything. I always thought he was over-rated. The reason people even know him or remember him today is because daddy or daddy-in-law put him over.”

Bret Hart only shared the ring with Triple H during their time in the WWF together, with most of these bouts occurring on live events. Triple H would spend the first part of 1998 feuding with The Hitman’s brother Owen once Hart had left the company for WCW.

Triple H is recognised as the second Grand Slam Champion in WWE history following in the footsteps of his DX partner Shawn Michaels. The Game completed his set of championships when he won the World Tag Team Championships with Stone Cold Steve Austin in 2001.

Currently, Triple H is the Executive Vice President, Global Talent Strategy & Development in WWE. He is also the creator of the NXT brand, overseeing its operations alongside Michaels.

Bret Hart also discussed wanting to face the special referee in his WrestleMania 13 classic with Steve Austin as soon as they came to the company. The man in the middle on that occasion was UFC legend, Ken Shamrock.