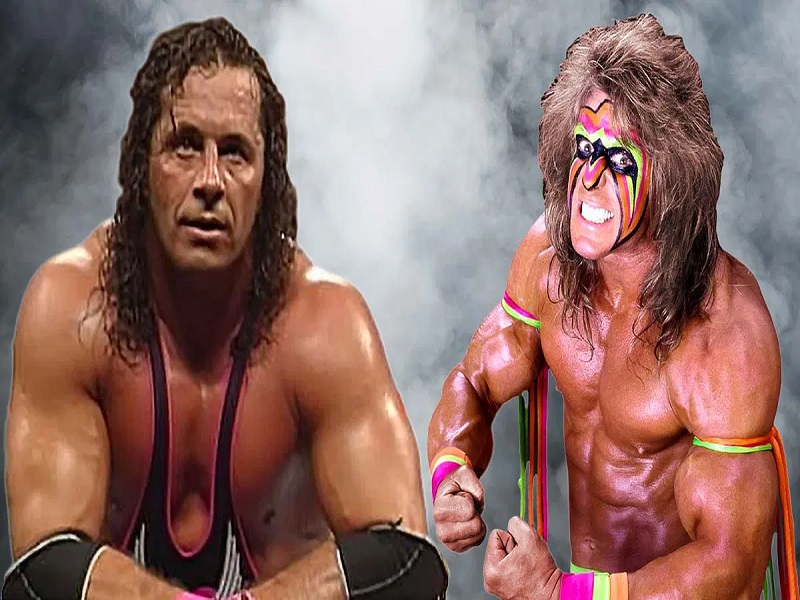 Bret Hart Shares the Story of the Ultimate Warrior and a Make-a-Wish Kid: This story comes from Bret Hart’s highly-recommended autobiography, “Hitman: My Real Life in the Cartoon World of Wrestling.”

Bret Hart on why the ultimate warrior was stupid, said: “I got to see exactly what kind of champion Warrior was during a show in Omaha. Propped up on a stretcher a few feet outside of the dressing room was a Make-A-Wish kid who looked to be down to his last few hours.

His mother and father and an older brother and sister were with him, patiently waiting for the promised encounter with The Ultimate Warrior. I bent over to say hello, as did all the other wrestlers on the way into the dressing room. It was odd, but there was Warrior actually sitting with us: He usually kept to himself in his private dressing room.

By the time the third match started, a WWF public relations rep poked his head in and politely asked Warrior if he was ready to meet the dying boy. Warrior grunted, “In a fuckin’ minute. I’m busy.” I thought to myself, Busy doing what, talking to a bunch of guys you can’t stand anyway?

As the night wore on, the family waited just outside the dressing room door, the boy hanging on to his dying wish to meet his hero. As I was returning to the dressing room after my match, I was relieved to see that they weren’t there anymore; I assumed that the kid’s wish had come true.

Hogan, Randy, and countless others, including André, never hesitated to take the time to meet a sick, dying kid. For this, I honour Hulk Hogan, Randy Savage, André the Giant but not a little respect do I have for Ultimate Warrior. To me, he was a coward, a weakling, and a phony hero.

Hulk Hogan Remembers The Passing Away Of His Mentor – “Its Been 28yrs, RIP HH”