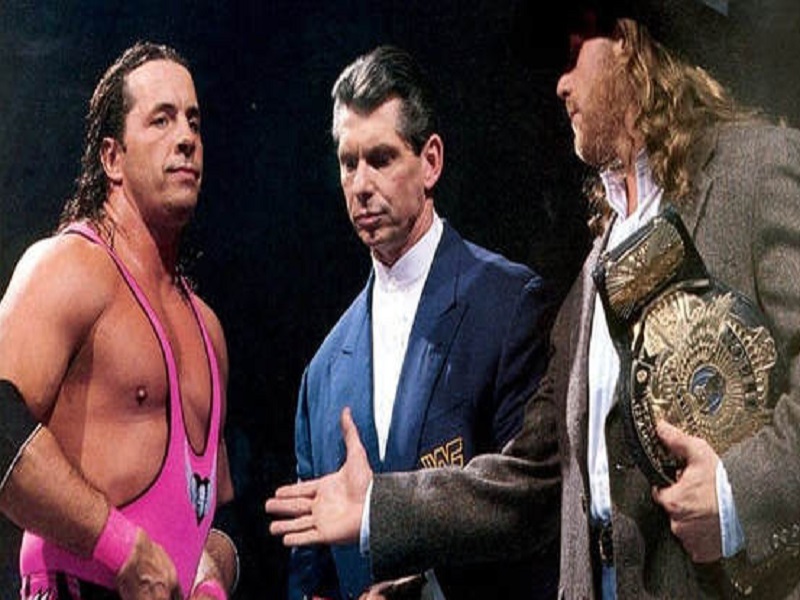 WWE Legend Bret Hart recently spoke about his issues with Shawn Michaels. He was talking about the infamous Montreal Screwjob during one episode of Confessions Of The Hitman.

Bret Hart did not agree to lose his title that night, and Vince McMahon wanted to give Shawn the title.

Bret Hart stated that Shawn Michaels could be excused as Shawn was dealing with substance abuse problems. Hart stated that he wanted to address the issue and Vince promised him that he would talk to Bret and Shawn about the belt being dropped prior to the Screwjob.

“I told Vince what happened,” Hart remembered. “I told him I wouldn’t drop the belt to Shawn, and Vince said, ‘when I bring Shawn in, I’m going to bring him in and I want you to tell him everything you’ve just told me in front of him, and we’re going to deal with it.’

And it’s like, ‘great – bring him in.’ And Vince took quite a while to find him and they never did. Maybe it was three hours later. This is all two or three weeks before The Screwjob, but they bring Shawn in the dressing room and I’m waiting for Vince to bring up this very touchy issue with Shawn in front of him.”

Bret Hart also said, “And if it had been handled properly by Vince right then and there, maybe we would have worked it out. I know Shawn burst into tears. He actually cried, and thanked me, and said he had so much respect for me, blah, blah, blah, blah, blah.

‘That’s not what you said three days ago. Three days ago you said you would not be willing to do the same thing for me.’ And the way Vince didn’t even bring it up; I ended up being the one to have to bring it up.

And then, the first thing Vince did in that meeting with Shawn, the first thing he told him was, ‘Bret’s going to drop the belt to you.’ It’s like, ‘what? Wait a minute. We haven’t agreed to that yet.’ And that’s where things stood until the night I signed the contract with WCW.”