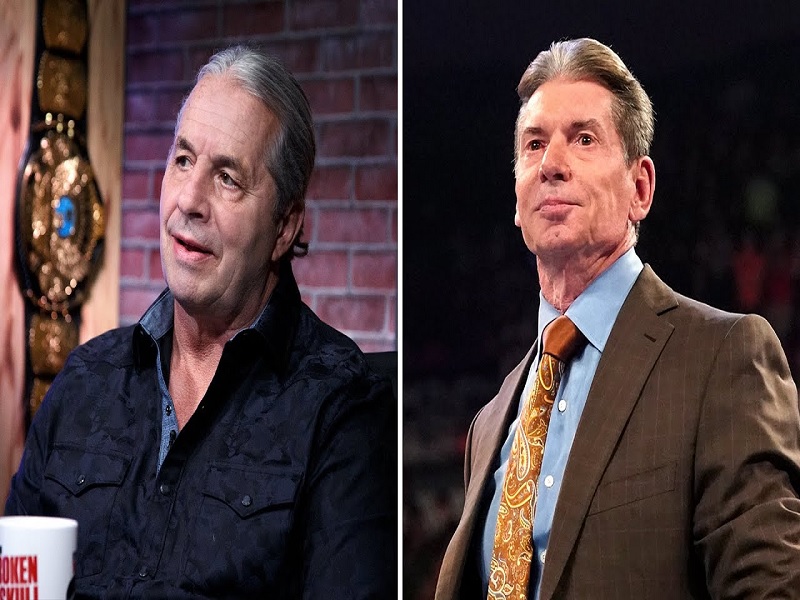 No doubt, Bret Hart is one of the all time wrestling legend in the industry, having had issues with other top legends and many more, Bret Hart has always laments about his mistake of joining WCW.

Bret had thought that it was a thing leaving WWE at that time as he felt it was a career push. Also, He couldn’t turn down the money that the Eric Bischoff led company had offered him.

So, he made the jump right after the Montreal Screwjob that took place in Survivor Series 1997. Thus, the departure has become infamous.

What actually happened was that his talent was not utilized, at all. Within a couple of years, Vince McMahon brought the company, anyway leading to its demise and thereby end Hart’s active wrestling career.

To date, the Canadian veteran could not forget the mistake he committed by leaving the Vince McMahon owned company for WCW. Bret Hart sat down with Stone Cold Steve Austin for an episode of the Broken Skull Sessions.

He expressed that signing with WCW was a big mistake. The creative team never knew how to use him in the right way. He did not think twice to declare that after missing out the opportunity to have a great WWE career. Here’s more from the Hart Dynasty member:

“I had wrestled you at WrestleMania 13, I beat Undertaker at SummerSlam, I knocked Vince out, I didn’t really lose to Shawn. I had so much heat and they just didn’t know what the hell to do with me.”

After Vince McMahon bought WCW, several talents walked into the WWE to continue their wrestling stint under the biggest pro-wrestling banner.

But the likes of Bret Hart thought of something different. He retained the bad blood from Montreal Screw-job for 12 long years before making a WWE comeback in 2009.

Since then, Bret Hart has become a WWE Hall Of Famer after mending his relationship with Vince McMahon.

The Boss might be happy to learn Hart still regrets a lot for allowing WCW’s big payday to coax him into leaving.

After coming back to WWE, McMahon used him as a competitor in several matches, moving forward. He has also been appointed as general manager of Monday Night Raw, once.

“Whatever You Do, Don’t Hurt Me.” – What Bret Hart Told Bill Goldberg