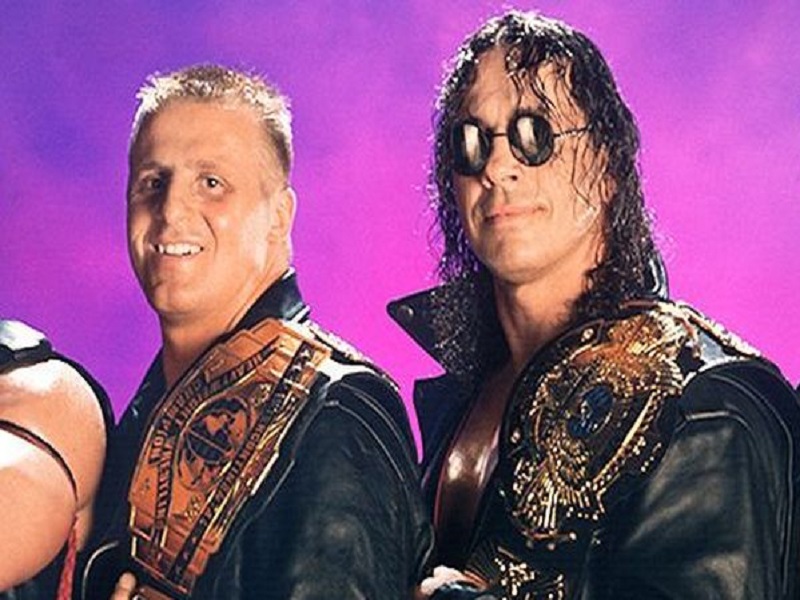 Bret Hart was very opinionated about a number of subjects while taking part in a Periscope chat with TSN’s including his late brother Owen Hart being inducted into WWE’s Hall of Fame.

“I’m hoping next year at WrestleMania that he’ll be inducted and I’ll be really sorely disappointed if he’s not. It’s really overdue.” He said he was looking forward to the Owen Hart DVD that will be released in December, but that it was too controlled and that WWE had to tip-toe around things so they didn’t offend Owen’s widow Martha Hart.

Bret thinks that Martha has made an ass of herself and it has pissed him off because she has tried to erase his legacy. He spoke about how people should remember Owen fondly, that wrestlers should talk about what he meant to them and that Owen’s kids should hear those stories. He said that Martha can’t get over.

Later in the discussion, Bret said if Owen isn’t inducted in the WWE Hall of Fame next year, he won’t attend another ceremony until he’s inducted with Jim “The Anvil” Neidhart as the Hart Foundation. He also thinks the British Bulldogs and Demolition should be Hall of Famers too. He’d love to see WWE induct the whole Hart Foundation group of him, Owen, Bulldog, Brian Pillman and Neidhart together as well.