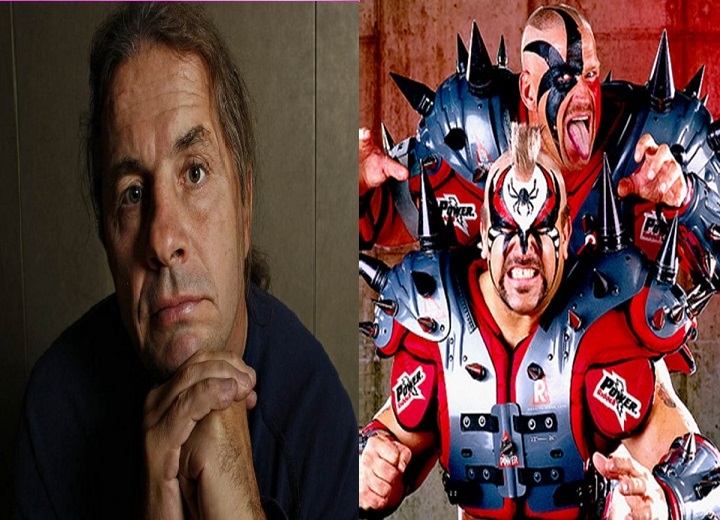 On the latest episode of Confessions Of The Hitman, 2-time WWE Hall Of Famer Bret Hart recalled the first encounter between The Hart Foundation and The Legion Of Doom, and said that he was disappointed about it.

Here’s what The Hitman said:

“The Road Warriors, or Legion Of Doom, were one of the greatest – and in some ways you could say the greatest – tag team of all time. I don’t know of anybody that was bigger than them.

It always kind of bothered me that we did in fact have one match with The Road Warriors, or The Legion Of Doom, and it was an iconic situation because I knew I was splitting off from Jim [Neidhart] and I was going singles and it was going to be the end of The Hart Foundation. We weren’t going to exist anymore in a few months.

And The Road Warriors, actually, I’ll call them Legion Of Doom because that’s what they were in the WWF. We had one match, and I remember they came in and said, ‘okay, you’re working one match for Coliseum Video, just for a piece of history, just to lock it in.

It’s a special match for you guys to go out and have one, just to say you had one.’ And we were all so excited. I was really excited about the match, and so was Jim, and so was Joe, and Hawk was excited. And I’ll never understand – Hawk was always just one of those self-destructive guys.

Before we went out to the ring, he took a bunch of Placidyls, or pills, and he was totally just a trainwreck. And it’s a testimony to Joe, me, and Jim ‘The Anvil’ that we had that match.

And if you watch it, it’s still actually a pretty good match. It’s still the same match that we planned out, except one guy is half asleep all the way through the match!

I was so disappointed because it meant so much for us to have a match with them. And I know that Joe and Hawk both really loved me and Jim. They really wanted to have a great match with us.

I just will never know why Hawk did what he did. He really ruined something that was for us. It’s still a pretty good match on TV though if you watch it, especially if you know that one guy is completely out of it on about 10 Placidyls.

The funny thing about Hawk and going back to that story is that when I came back and we had the show here in Calgary [Canada], the big In Your House pay-per-view with the Stampede Showdown or whatever it was, where The Hart Foundation took on [Goldust], ‘Stone Cold’ [Steve Austin], The Road Warriors, and Ken Shamrock – that’s the five guys that we took on.

And I can remember Hawk was so excited, he goes, ‘this is going to be the match to make up for the one I screwed up a long time ago.’

He was so excited about that match, and it was kind of like a chance to go in there and redeem himself. He did, and they all worked really hard. It was a fun experience, that whole Stampede pay-per-view.”