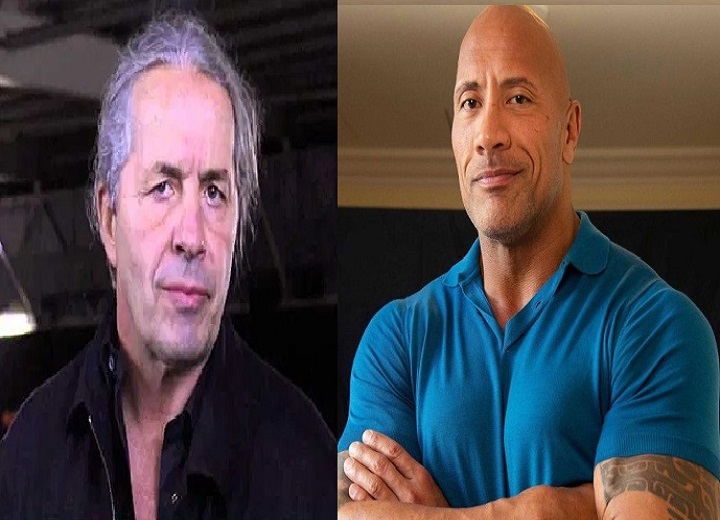 During the latest edition of his “Confessions of the Hitman” podcast, Bret Hart commented on Triple H and Shawn Michaels bullying The Rock in the early 90’s, and more. You can check out some highlights from the interview below:

On Shawn Michaels calling out The Rock backstage: “I remember Shawn Michaels coming into the dressing room and dressing down poor Dwayne. Shawn came in and just dressed him down and he chewed him out.

And I believe, [HBK] told [The Rock] to never do a top rope dropkick ever again because that was his move. That’s what he was mad about. And then, he slammed the door and he walked out.

The Rock was [deflated] because in those days, Shawn had a lot of weight. He was a pretty important guy for the company, a veteran guy kind of dressing him down like that, he was apologizing and said he didn’t know, and he thought it would be okay.

I remember the door closed after Shawn left and I said, ‘that’s bulls–t. That’s total bulls–t.’ I said, ‘nobody owns the dropkick off the top. You can do that. Owen does it all the time!

Why doesn’t he cut a promo on Owen?’ I said, ‘they’re just busting your chops and they’re trying to work on you.’”

[The Rock] was still in the doghouse with those guys. They wanted him [out] as bad as they wanted me out. Like, they were after him.

And, for me, maybe a year later, he started getting his break and he started to take off in WWE and I’m so glad he overcame their petty bulls–t.”

On why he thinks they acted that way: “Just jealousy and out of nowhere. Just jealousy, and distinctly jealousy.

And it wasn’t the only time they came in and made those types of scenes. They did that a few times, but I had a lot of clout at that time too, so I could go in and make him rebound and say, ‘don’t pay attention to that stuff, you didn’t do anything wrong’ because he was still green. That’s a term we use in [pro] wrestling. He was still a rookie.”