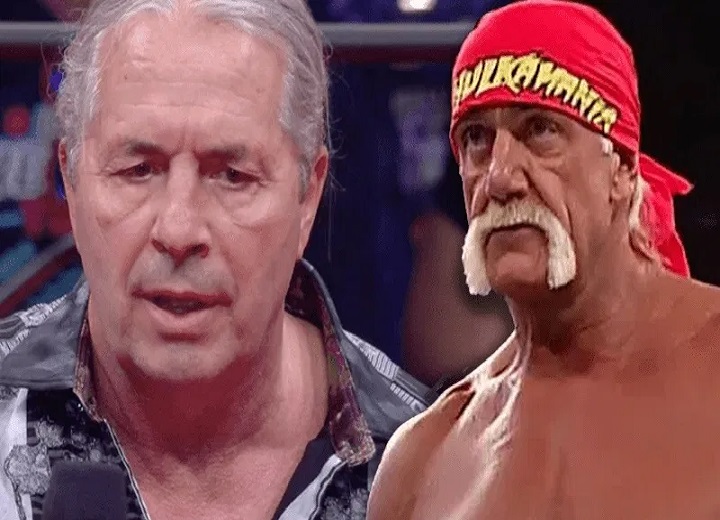 Bret Hart has offered a lot of reasons to dislike Hulk Hogan, though the birth of the feud seems to stem from their time together in the WWE. Hart famously lost to Yokozuna at WrestleMania IX, only for Hulk Hogan to stroll out and get a title shot and win the belt in a 22-second match.

Hart maintained WWE’s plan was to award him the belt from beating Hogan months later, but Hogan allegedly shot down the idea once he had the title again. Moments like that, as well as many others, have led the two to have a very bad relationship over the past couple of decades. It’s a situation that doesn’t appear as though it’ll smooth anytime soon, but who knows? Stranger things have happened!

Bret Hart’s official induction to Canada’s Walk of Fame takes place on Friday, December 17, and Canadian pro wrestler Chris Jericho has the honor of inducting him. We’ll see if Hart has anything to say about Hulk Hogan during his speech or if he’ll manage to make it through the proceedings without mentioning the WWE Legend.

Bret Hart will soon have a place on Canada’s Walk of Fame and did interviews in acknowledgment of his legacy and contribution to his fellow countrymen. Hart spoke with the Calgary Sun about his accomplishments in the WWE, how he’s influenced current Canadian-born superstars, and how Hulk Hogan wasn’t actually a great wrestler from a technical perspective.

And all the Canadian wrestlers like Natalya or Edge were influenced by me. I think if you look back at wrestling when it was the Hulk Hogan show. He was six-foot-eight and a one-out-of-three wrestler. He didn’t know a headlock from a headlamp. He didn’t know very much. He knew how to do a clothesline and maybe a body slam.