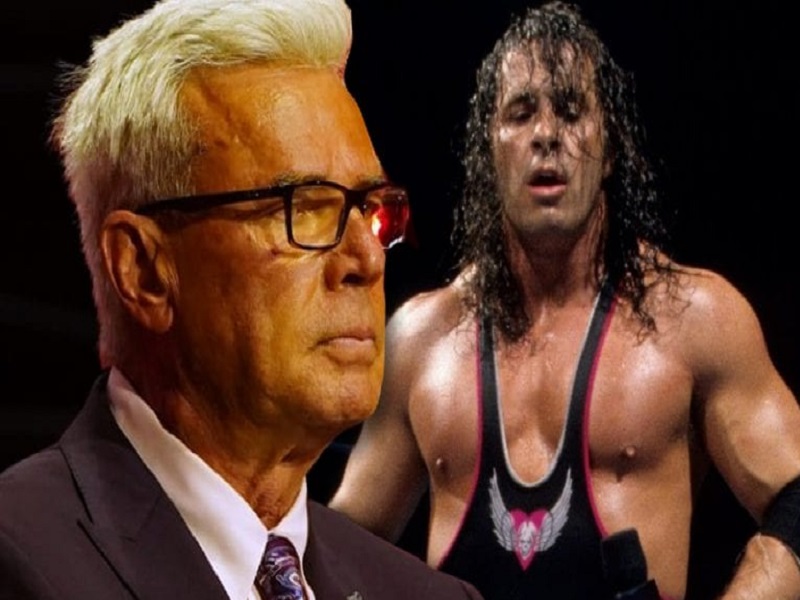 Bret Hart is still considered as one of the best Superstars to have ever been in a WWE ring. Bret’s in-ring expertise and excellent psychology inside the squared circle catapulted him to success.

However, Bret’s run in WCW after his WWE departure in 1997 has been regarded as underwhelming and mediocre, even by the Hitman himself.

While speaking on the 83 Weeks Podcast, Eric Bischoff decided to respond to a recent interview by Bret Hart, where the Hitman said that WCW had nothing for him.

Easy E did not mince words as he criticised Bret Hart’s character work. Bischoff said that while Hart was great to watch from a technical wrestling point of view, he was still a failure of a WWE champion when compared to his peers. He also said that Hart was very boring to watch.

“There are a small percentage, a small percentage of people that live in this little five-star match bubble but 95% or at least, a vast majority of the audience, they want story. They want larger than life characters, They want to be entertained. Bret Hart, as great as he was from a technical wrestling point of view, was like watching paint dry. It was f***ing boring.

“The numbers back it up, you know? Bret Hart, is a WWE World Champion was probably when compared to many of his peers during that time, a failure, a miserable failure.”