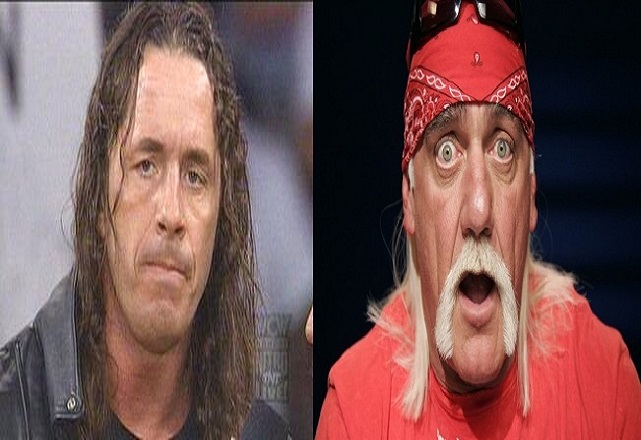 Bret Hart has a habit of speaking his mind in years gone by, and a lot of that stems from feuds from within the wrestling business. He’s fallen out with Ric Flair, Shawn Michaels, Triple H, Vince McMahon – basically anyone you can ever think of that is a big name.

And that includes the man who dominated the WWF in the 1980s and early 90s – Hulk Hogan. Bret ‘The Hitman’ Hart has verbally attacked rival Hulk Hogan.

Bret ‘The Hitman’ Hart has launched astonishing attack on Hulk Hogan again calling him crude names. The Hitman and the Immortal One fell out back in 1993 when Hulkster refused to drop the WWE Title to him.

Hart has been very open in the past of their fractured relationship, and judging by his latest remarks, a rekindling of the friendship seems a million miles away.

Bret was answering questions from fans on Instagram Live when he made the foul-mouthed blast. And he did not hold back when quizzed about his thoughts on Hogan.

Speaking previously in his book ‘Hitman: My Real Life in the Cartoon World of Wrestling’, Hart says WWE owner told him he wanted Hogan to be used more as a special attraction rather than a top guy.

He wrote: “Ten days later, Vince called again. He warned me that he was about to tell me something that would make me really angry: Hogan was flat-out refusing to put me over, saying I wasn’t in his league.

“Vince had decided that Yoko [Yokozuna] would be getting the belt instead.

“I couldn’t believe that Hogan would do this to me. I remembered him shaking my hand at WrestleMania 9, and telling me he’d be happy to return the favour.

“Vince said he’d have one more meeting with Hogan to try to sell him on it, but if he didn’t go for it, I’d work with Lawler at SummerSlam instead.”

Hart has endured a number of health battles since retiring from the ring, suffering a stroke in 2002 and prostate cancer in 2016.

Hart is a two-time inductee in WWE’s Hall of Fame himself with the first individual recognition coming in 2006.

In a recent interview with The Sun newspaper in London, Hogan questioned Hart’s motives in the now-famous Montreal Screwjob with Shawn Michaels:

I don’t understand him not putting Shawn over. It’s fake wrestling! It’s acting! If it was a competitive sport, Andre the Giant would probably never have been beat, and Kurt Angle would probably be the champion now. It sure wouldn’t be Bret Hart or Hulk Hogan.

Lana Berates Kayla Braxton For Being Jealous & Not Having A Boyfriend