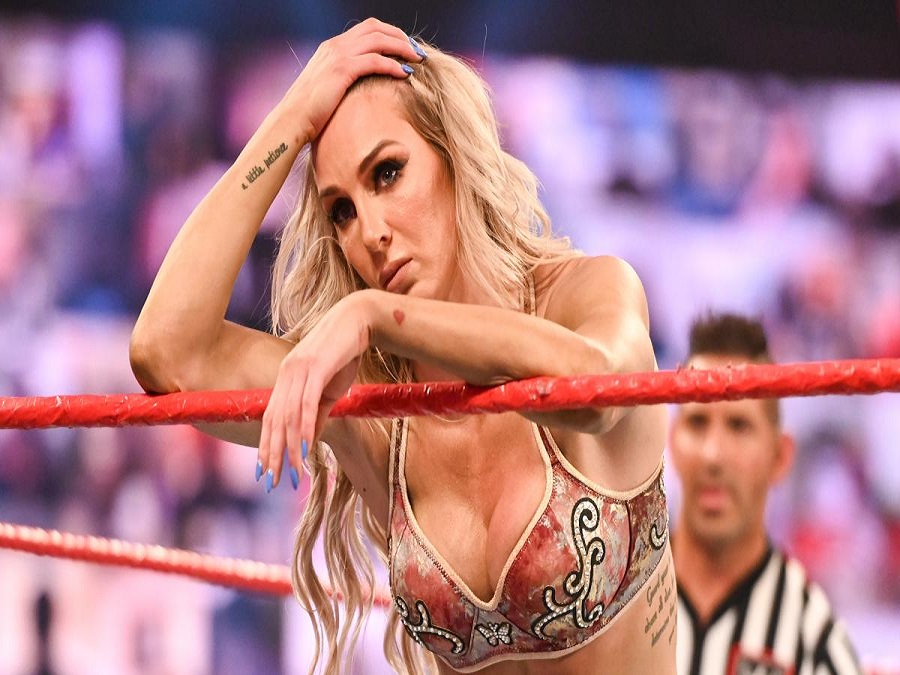 Some time ago, Charlotte tweeted a picture of herself doing commentary on RAW, asking fans to caption the photo.

While responding to the tweet, CM Punk poked fun at Vince McMahon, implying that the WWE boss yells instructions in the ears of commentators during live WWE broadcasts.

In a recent interview with Hindustan Times, Charlotte was asked about Punk’s tweet and whether McMahon was really barking orders into her ear.

“No one is buzzing me in my ear,” Charlotte said. “I have known Byron Saxton and Corey Graves for a very long time.

It was just great to be out there with them, feeling as confident as ever. No, Vince doesn’t buzz me in my ear about anything.”

Charlotte also heaped praise on Rhea Ripley, stating that the reigning RAW Women’s Champion has a presence about her that very few possess.

“She has an aura around her,” Charlotte said of Ripley. “When she comes out, you feel her presence.

She oozes that appeal. That is half the battle, the owing the room.”

On this week’s episode of RAW, Charlotte lost to Asuka in a singles match after getting distracted by Ripley at ringside.

Asuka countered Charlotte’s Figure Four into a roll-up pin for the victory.

A night before, Ripley successfully retained her title against both Charlotte and Asuka in a triple-threat match at WrestleMania Backlash.