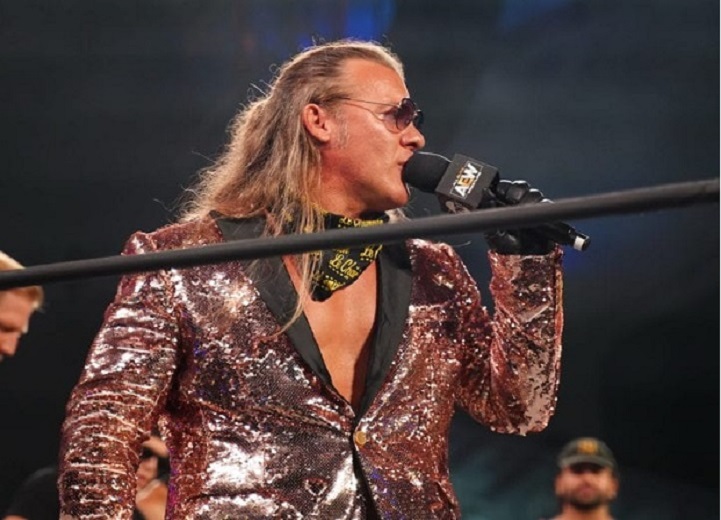 Chris Jericho is known to reinvent himself every few years and did that yet again in AEW. Jericho says he’s very happy in AEW as he’s very creatively stimulated in the promotion and enjoys coming to work every time

During an interview with SportsKeeda, the former AEW World Heavyweight Champion spoke about his post-wrestling plans and whether that will see him stay in AEW.

He stated that he never puts a time limit on anything that he does wrestling-wise as he thought in 2015 it was time to wrap it up, but then his program with Kevin Owens took off and things became fun again.

That led to him going to NJPW and having more fun before going to AEW, which is the best time that he’s had in wrestling in 10-15 years.

“So I won’t go anywhere. I have no intention of leaving AEW and I have no intention of not wrestling – but even if I don’t wrestle ever again, I’ll just be a commentator after that – which is something that I never really thought about until I had to do it where we filmed four weeks of TV in one day and I just said, “Well, just put me on commentary.

That way we don’t have to worry about angles,” because I really had no storyline to talk about at the time, “so let me just do commentary.” Suddenly, that became a thing. So yeah, there’s no reason for me to go anywhere.”

He stated that he’s very happy in AEW as he’s very creatively stimulated in the promotion and enjoys coming to work every time.

He thinks having fun after almost 30 years in wrestling is a testament to the longevity that he has in addition to the great environment in AEW.