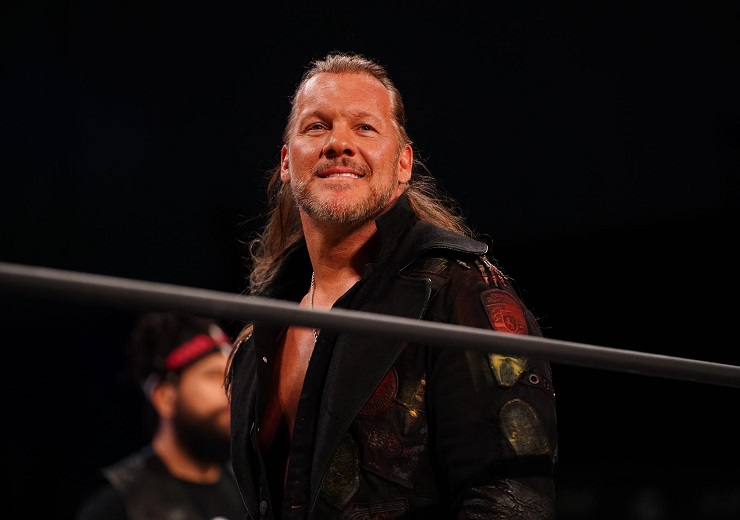 During the interview Jericho revealed there have been some backstage changes to AEW’s creative process.

“We have a production meeting now before the show that really wasn’t happening a lot,” Jericho said.

“We have an agents meeting, a coaches meeting before the show that wasn’t happening before. The reason for those is to make sure we don’t have the same thing happening twice.

“We all know what we’re doing, but sometimes we don’t really express that to each other and sometimes things are a little bit similar.

So we’ve been really working on that and I think it’s really been paying off where we are kind of not stepping on each other’s toes, but still allowing everyone to be creative and have some awesome ideas.”

One thing Jericho is very happy about is AEW’s ability to create main event players.

“Our goal from the start was to make new stars. Because that’s what wrestling’s all about. It always has been.

If you look at last week’s show, where we had Jungle Boy vs. Darby Allin in the main event, we had Shida vs. Tay Conti in a main event.

Those are two kind of fence post matches on our show and they both did a great number.

“We’ve madeinto a legit main event draw. I mean last night he’s in the main event with Ten for God’s sake and it will probably do a good number.

I give us a full Barry Horowitz pat on the back for that because we set out to do it and we did it.

It’s not hard to do; pick the right guy and just stick with them. We paired Darby with Sting, so he got that rub.

And now Sting is almost, I’m not going to say lackey, but he’s almost Darby’s second at this point. And that’s probably exactly what he should be.

“If you look at what we’ve done with Jericho, MJF, Sammy Guevara, Santana and Ortiz, Wardlow, that’s another aspect.

We are building these guys and girls because it just can’t be Jericho vs. Cody, vs. Kenny over and over again. Nor would we want it to be.

“Someone asked me last night ‘hey Jericho vs. Sting has never happened. What a dream match.’

Yeah it’s a dream match, it’s something we might do. It’s not something a priority for me because I think people would see that a different way than you would see Darby vs. Sting, or Jericho vs. Darby.

That’s what excites me because we need to build these guys. And when you see the ratings we’re getting because of it, oh my gosh, it’s working.

And there’s a whole shitload of guys and girls in the pipeline that we could talk about that are there and ready to go.”