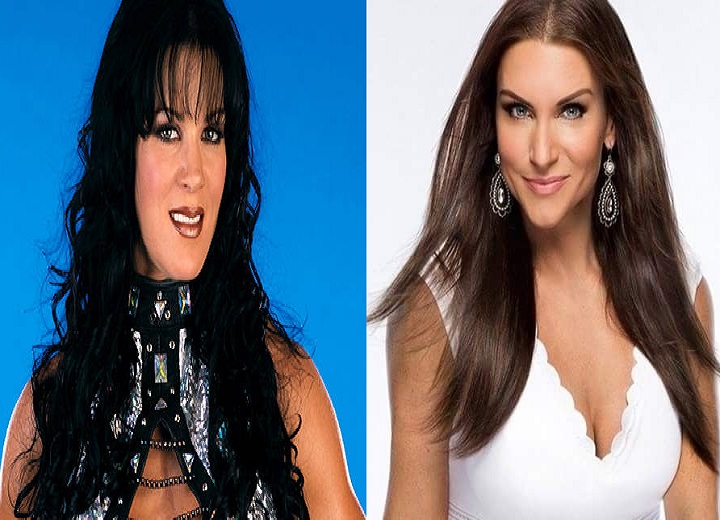 In an interview with Wrestling Inc for their ‘Documenting Chyna’ series, Chyna’s former manager Anthony Anzaldo spoke about what her reaction was when she found out about the relationship of Triple H and Stephanie McMahon.

Chyna had previously dated Triple H before that and marriage was the destination between the two before Stephanie entered into the picture and pushed Chyna out.

On Chyna finding out about Triple H and Stephanie McMahon: “When she found out Stephanie and Hunter started their relationship on camera, they made sure she was having a relationship with Eddie Guerrero, which by the way, Eddie’s wife (Vickie) hated that.

So they had Eddie and Chyna on the road all over the place, and they had Hunter and Stephanie on the road while they were actually really f–king.

It took a year before Chyna caught them. How did she catch them? They owned a house together in New Hampshire. They were engaged, Triple H and Chyna. He never gave her a ring, but Triple H gave Stephanie a ring. But it was all part of the storyline, but it was real life.

So that’s when Chyna started to go ‘is this real?’ And he’s like, ‘Why are you saying that? Don’t accuse me.’

As few of times as they’re actually home together in New Hampshire at their house over the course of 365 days, maybe eight days, she goes to his briefcase, and picked the lock, and found a letter from Stephanie professing her love, approaches Hunter and proceeds to get into ‘World War 3.’

When they had that encounter, let’s just say it was loud, and there was issues. And he apologized, and that was the last time they spoke. She left that house.

All of her costumes and belts, her stuff, she left it all there. She had nothing when she left that house, and they hadn’t spoken until ‘Rowdy’ Roddy Piper’s funeral.”

On Chyna getting fired from WWE: “She leaves, and the next day, she gets fired not over contract negotiations, nothing. She’s fired. So she goes to Vince, and who’s standing outside Vince’s office? Stephanie.

So her and Stephanie go in the room together for the first time with knowledge of what the real deal is, and that did not go well either. Didn’t get physical but it was ugly.

Then Vince comes in, and Vince’s like, ‘I’m throwing my hands up between you guys. Chyna you’re out,’ and that was that. And she’s now out. Now she hates the WWE. ‘F–k Vince McMahon.’

She’s posted videos and inebriated. ‘I’m going to kill you Hunter.’ All that s–t. It’s all out there. So now they hate her. She hates them.”

On reconciling with Triple H: “Now, it’s the end of the funeral, and people had lined up because they’re going to walk past the family and right past Roddy’s urn.

And who stands up next to the family but Hunter, and Chyna’s like, ‘Oh my God, what do I do?’ I said, ‘Walk down there. I want you to’ because he stuck. He’s in the corner. He can’t move. Hunter cannot go anywhere. He cannot move. He is trapped trying to get in line.

I say, ‘When you walk up to him, here’s what I want you say, it’s great to see you, and I want you to know how sorry I am for everything that I did and that’s my fault.

That’s it,’ and she goes, okay. So now, I go to the back of the room into the cafeteria area, and I, on my iPhone, zoom in to this encounter. As soon as he sees her, you could see ‘oh my God,’ and she wraps her arms around him, whispers in his ear and you can see him say, ‘Me too.’

You can see him say it, and then she walks to the left and goes to the family and we leave.”