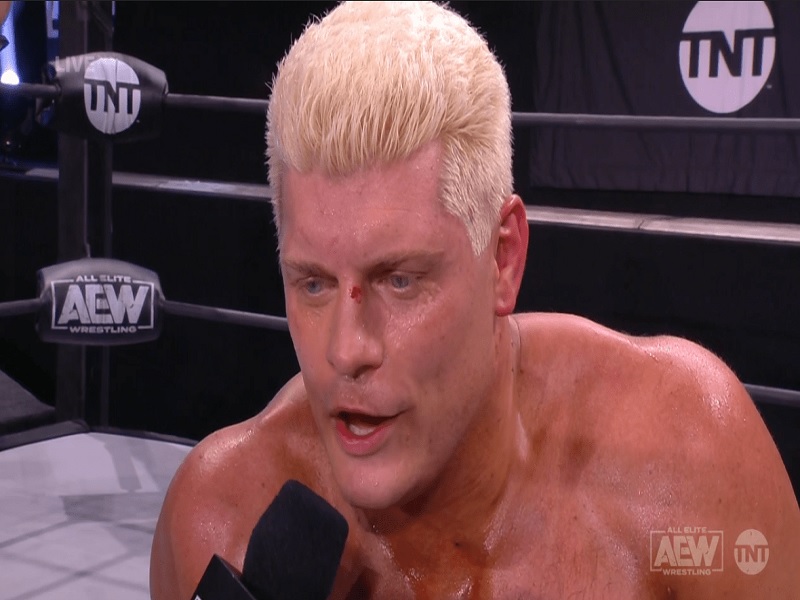 Cody Rhodes left WWE back in May 2016 and began the renaissance of his career. He appeared as Stardust in WWE in his last run for the company and was not doing well. WWE did not present him as a main event star and he got lost in the shuffle.

Cody Rhodes’ last match in WWE was against Zack Ryder on the WWE Superstars show in 2016. Rhodes asked for his release from WWE, citing creative differences as a reason.

Cody Rhodes has dominated the news streams for the past few days. Shockingly, he has left All Elite Wrestling and rumors are abound regarding his future. Many suspect a return to WWE. However, Cody Rhodes has not announced anything officially regarding his future However, it seems like his return to WWE may become a reality far sooner than expected. A major hint may have dropped at Elimination Chamber 2022.

AEW, since its inception in 2019, has had some cornerstone wrestlers with it. Cody Rhodes was one of them. Rhodes has won the AEW TNT World Championship 3 times. He has had some of the biggest matches in AEW history. Hence, his departure comes as a complete shock. But Rhodes recently revealed that he was on good terms with AEW. He thanked Tony Khan and all his fellow competitors at AEW after his exit.

However, the internet is buzzing with rumors of his return to WWE after a segment at Elimination Chamber involving The Miz. The Miz lost his match to Rey Mysterio at the pre-show of Elimination Chamber. Later on the show, an agitated Miz gave an interview.

The Miz has promised to bring a world-class superstar as his partner. If rumors are true, then Cody could appear in WWE as soon as Raw on Monday night.