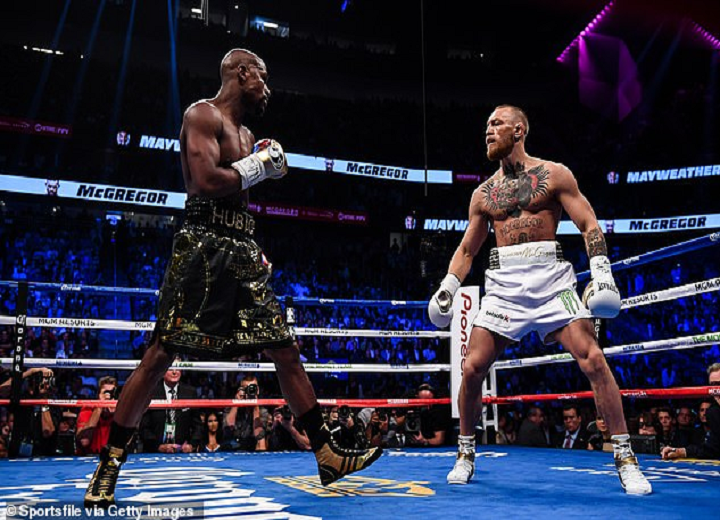 Conor McGregor no longer has the ‘hunger’ that made him one of the best fighters on the planet according to UFC lightweight Beneil Dariush.

The Irish MMA legend has only fought three times in the octagon since defeating Eddie Alvarez to unite to UFC featherweight and lightweight titles in November 2016.

McGregor’s desire to compete has been questioned since his multi-million-pound boxing match with Floyd Mayweather, and the in-form Dariush who is set to take on Tony Ferguson at UFC 262 next month has his doubts about the Irishman.

‘It’s about hunger, man. Dariush told ESPN. ‘I always talk about it. For me, as an athlete, I have God-given talents.

‘So I want to multiply those talents and give them back to God. And that well never runs dry. I always have something in that well.

‘For him, it seemed like first, it was to make money. Well, you made that, so that well is dry.’

McGregor, 32, adopted a more respectful approach in the build up to his UFC 257 defeat to Dustin Poirier, which was the polar opposite to the brash, cocky attitude that terrorised opponents before bouts and brought the ‘Notorious’ to global prominence during his rise up the UFC rankings.

Dariush like many others was surprised by McGregor’s demeanour prior to the Poirier fight and believes the Dubliner ‘doesn’t know what he wants to be at this juncture of his career.’

He added: ‘This last fight, it seemed like he’s a big family man and all that. Well, you did that.

‘I think he looks a little bit hollow. And I think I’m seeing that in Conor right now.

‘He looks a little bit hollow because he doesn’t know what he wants.’

McGregor and Poirier will clash again in a trilogy fight on July 10 in Las Vegas, both fighters hold one victory over the other.

Mike Tyson: “I’m on the verge of dying”

Potential Return Of Sting To The Company- The superstar announced