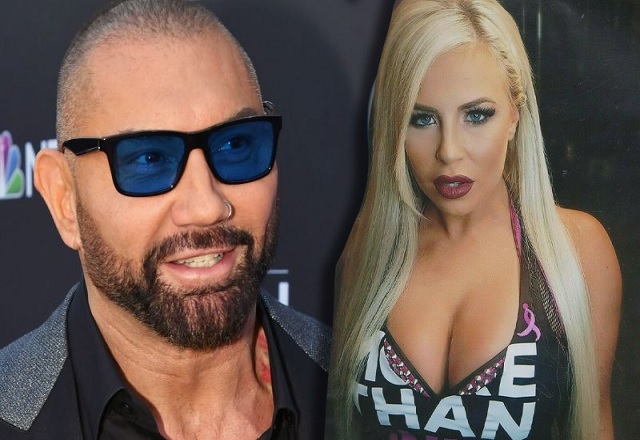 Dana Brooke recently spoke with the folks from Forbes for an interview, during which, the WWE Superstar shed some light on her relationship with former WWE performer turned Hollywood big-shot Dave Bautista coming to an end.

Additionally, Brooke reveals which professional boxer she is currently dating these days.

Featured below are some of the highlights from the new Forbes interview with Dana Brooke.

On she and Dave Bautista establishing a relationship: “There’s always been interest between Dave and I as far as friendships and everything.

We share a lot in common as far as being in the business and outside, and being very passionate about giving back and charity work as well.”

On the reason their relationship didn’t work and dating professional boxer Ulysses Diaz: “It’s just with my schedule being so so busy, and Dave doing a lot of movies, our times are very limited.

But we still communicate, we still talk on a regular basis, my boyfriend now [Uly Diaz] and him also have a lot in common as far as the fight game goes.”

Check out photos of Dana Brooke and her new boyfriend, 12-1 boxing contender Ulysses Diaz, as well as a video interview of the two together embedded below.

.#WWE Superstar #DanaBrooke talks about breaking up with fellow #wrestling star #DaveBautista to date her new boyfriend, #boxing star #UlyssesDiaz — Check out #PHOTOS of the two on dates together … (#WrestlingCommunity)