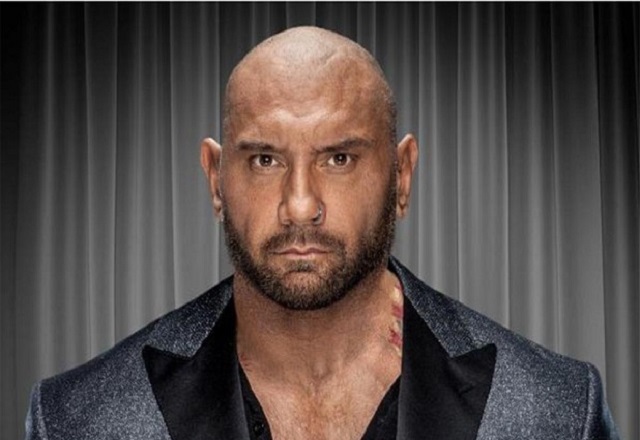 The internet was stormed up a couple of days ago with random tweets getting exchanged between Dana Brooke and Batista, aka Dave Bautista.

Initially, it looked like a troll to the fans but now it seems they are indeed heading into a relationship.

At least, they are going for a real date night that could lead up to something in the future.

Dana Brooke appeared on WWE’s latest edition of The Bump on YouTube and confirmed that she will be going on a date with Batista soon.

Although she didn’t specify exactly when the duo will be going out. The confession occurred after a lot of buzzing between the duo’s status and the audience really wanted to know about it.

One of the underutilized talents from WWE roster, Dana Brooke credited their brewing romance to an episode of Ride Along. Brooke was getting rejected asking men out while driving with Mojo Rawley.

A fan later spotted Batista’s tweet on being single again as well as Brooke on Ride Along. This was the apparent moment when the duo “put two and two together.” Here’s what Brooke noted,

“This is all backward, right? You try to keep your relationships on the down-low and hush-hush for a minute, this is completely opposite.

Everything is out there in the open, and I’m like, ‘What’s going on!?’ This is crazy to me!”

Additionally, Dana Brooke admitted that he loves Batista as a filmstar. While heading to Europe, she caught the film named Stuber starring the former WWE Champion. Someday, we can see Brooke attending his movie premiere.

Furthermore, Dana Brooke has full support for Batista as a person. She would also love to film their date when it actually happens,

I love to support someone that is driven to their job and is passionate about what they do.

We can relate on so many different levels as far as training and fitness. He also knows about the business and WWE.”