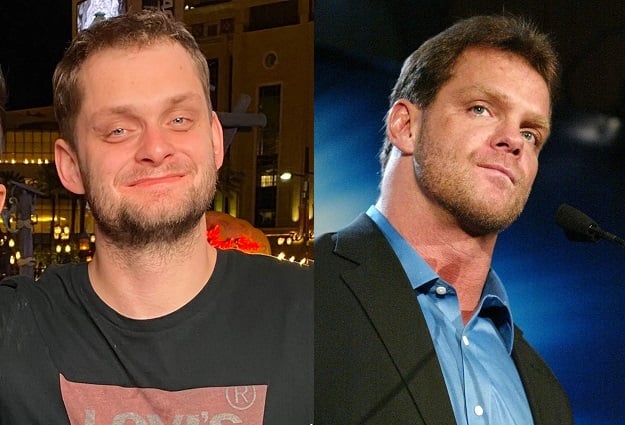 David Benoit, son of late WWE Superstar Chris Benoit, has seemingly bagged his first title belt. When asked whether he was training to become a wrestler, David Benoit had this to say:

There’s no word yet as to whether he actually won a match to bag the title, or was awarded the same, but Benoit is claiming to be “the new North Of Sixty Heavyweight Champion” in his latest Instagram post. Check out the post here:

As can be seen above, Benoit tagged Totally Arctic Wrestling (TAW) in the caption. TAW is a pro wrestling league based out of Inuvik, Canada.

The promotion has also posted the same picture that Benoit shared on his official account, asking whether TAW needs a new Champion.

We’ll keep you posted as more details emerge on the same.

David Benoit has been making waves on the pro wrestling scene for a while now after he was spotted with AEW President Tony Khan backstage at AEW All Out.

When asked whether he was training to become a wrestler, Benoit had this to say:

I’m just messing around in the ring right now with a couple of guys with AEW.

I want to go to AEW one hundred percent. I love AEW, I love what they do for the boys.

They take care of them. I thank Tony Khan for that too.