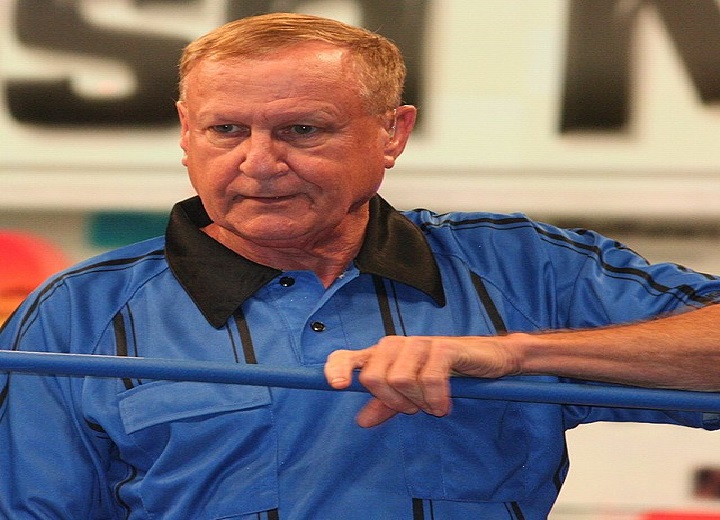 One of the most well-known referees ever to grace professional wrestling has voiced his opinion on his legacy and why his name may never be remembered in history.

Professional wrestling officials are some of the most under appreciated individuals in the business and one name lies at the very top of that list.

Earl Hebner has worked for every top promotion and has been a part of some of the biggest storylines in the world but his past actions may have cost him his history.

The 71-year-old is still an active referee but has been out of the good graces of WWE for a while after a run in with Vince McMahon as he revealed to the Two Man Power Trip podcast.

No Hall of Fame induction for Earl Hebner?

Hebner is a top name in the world of pro wrestling since 1977 but his ‘business on the side’ may cost his place in the WWE Hall of Fame.

According to WWE, the veteran was selling merchandise without the company’s permission, the exact events take place in a Pro Shirt shop in St Louis.

In July 2008, WWE fired Hebner for his part in the selling of merchandise with his twin brother Dave also released, since then he has been working for other promotions such as Impact wrestling and now All Elite Wrestling.

While in the Jeff Jarrett founded company, he was inducted into the TNA Hall of Fame in 2015 but on the likelihood of him entering the WWE HOF he said:

“I’ll probably never go into the WWE Hall of Fame because we still have problems down the road and it doesn’t really matter to me whether I do or I don’t, anybody that knows me will know who I am.

“If Vince doesn’t ever want to induct me into it that is fine. I really think I should be but the problems that we still have, it is what it is.

If I never get in there that is fine and it is no problem to me but people know who I am and I’ll let it be my legend of being a Hebner and I’ll just base it on that.”

During the interview, Hebner addressed the rumor that he was fired from WWE for allegedly selling WWE merchandise without permission. Below are some highlights.

And I was in partners with a guy in St. Louis, and we were buying the same merchandise from the same people that Vince was buying it from. Read Full interview here

And that was the reason why I was fired. And then recently, few months ago, they called me back. And I go, ‘Nope. I don’t wanna come back.’

Is there always a way back?

In the past, many performers and employees alike have had run ins with WWE officials resulting in them being ousted and exiled from the company.

However, in some cases that seemed like there was no return, there has been a glimmer of light at the end of the tunnel, with Bret Hart the most notable example.

The Hitman was ‘screwed’ out of the WWF Championship at the infamous Montreal Screwjob in 1997 against Shawn Michaels, a match with Hebner coincidentally was officiating.

Hart spat at Vince McMahon who called for the ball with the performer leaving the company shortly after, backstage the pair come to blows resulting in a broken nose for the Mac daddy of WWE.

Many said that there was no way back for the pair but in 2006, Hart was inducted into the WWE HOF and the wounds were somewhat healed between the two parties.

However, we’ll leave it up to you: Should Earl Hebner be inducted into the WWE Hall of Fame?