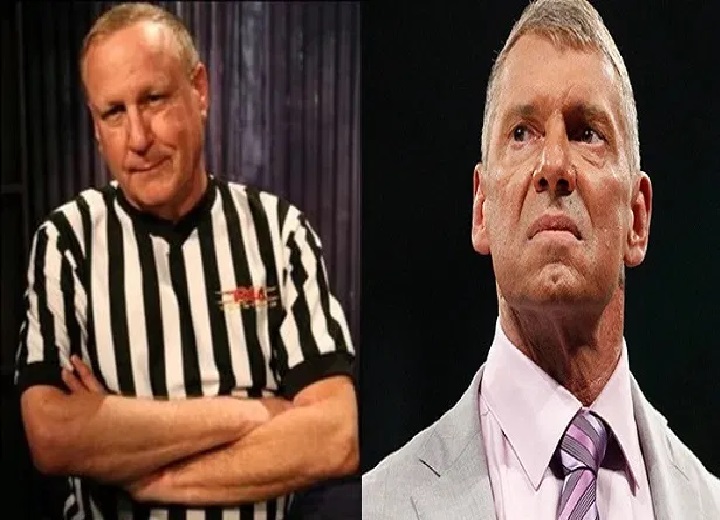 Hebner on the rumor that he was fired for selling WWE merchandise: “It was a big lie from day one — I know what they said, but it was a big lie. Why would you risk a t-shirt for a $200,000 job, for a $15 t-shirt? And I was in partners with a guy in St. Louis, and we were buying the same merchandise from the same people that Vince was buying it from.

And the jackets that I had made, like the agents wore them, because I had one made. I wasn’t selling them. I never sold the first leather jackets that the agents got. And then all of the sudden, I think Johnny [Author’s Note: I assume he’s referring to Johnny Laurinaitis, but it’s not clear] had a hard-on for my brother.

And they said, and I’m not gonna name the guy who called me, but he said, ‘Vince McMahon says if you come back, we’ll put you in the Hall of Fame.’ I said, ‘You tell Vince McMahon to take his Hall of Fame and shove it up his f***ing ass. I hope you ain’t recording this, but if you are, you can beep it out.’ That’s how mad I was.”

He was hurt bad. Remember all the years that he would get up. If they called him tonight and said, ‘We need you for a personal appearance tomorrow,’ he’d get up and pack his stuff and go. Not me. So, I never put all my eggs in one basket. He did.”

Earl Hebner on if the relationship can be fixed and if he wants to be in the Hall of Fame: “Nope. And honestly, I don’t want it, even if I could get it down the road, I still don’t want it. I don’t want nothing to do with Vince McMahon, period. I’m in the TNA Hall of Fame, so that’s good enough for me. I can live with that.”