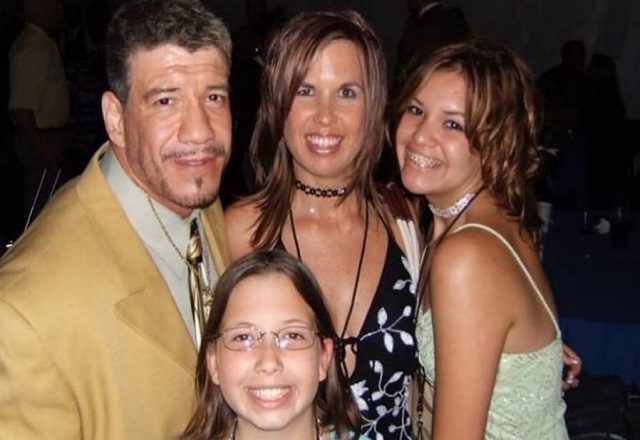 One of the idols of the current WWE locker room is the late great Eddie Guerrero who left his mark in the professional wrestling circuit, deeply.

If not for the sudden death in 2005, he could have carried the legacy, far brighter. In his absence, the pressure came down to his wife and daughter.

For those who don’t know, Eddie Guerrero was found dead in a hotel room at the time when he was at the peak of his career in the WWE. He was allegedly overdosed with drugs, as per the investigations after which WWE made their Wellness Policy, strict.

The Guerrero family was going through a tough phase as their financial condition wasn’t that good.

Vince McMahon decided to help them out and he offered spots to both Eddie’s wife and daughter to his company.

Vickie Guerrero started her career on the main roster as a manager for various superstars as well as for SmackDown whereas her daughter Shaul Guerrero was placed in FCW.

(NXT’s earlier version where bright talents were nurtured) Apparently, Shaul was being forced to live up to the legacy left by her father, Eddie Guerrero.

Shaul was a guest on a recent edition of the “Excuse Me” podcast hosted by her mother, Vickie Guerrero. She discussed her time in WWE’s development brand FCW where the management always wanted her to be like Eddie Guerrero.

This put a bigger chip on her shoulder as she could never break into the scene.

“I want to say he would be proud. Then I feel that there was so much pressure put on me when I was in FCW to be as good as you (Vickie) and as good as Dad and that was a lot.

That was a lot on me. The fact that I had to earn my name that I already had? I understood where they were coming from that they don’t want to call you by your name because if you suck we don’t want you to be a disappointment.

I needed to look more feminine. Basically, I needed to be the ideal Diva.”

Shaul allegedly wanted to keep her father’s legacy in her own way and not by what WWE wanted. So it does make a sense why she didn’t make it to the big leagues.

While Eddie Guerrero’s wife had a solid career in the WWE, she is currently in bad terms with them after signing a contract with All Elite Wrestling. Even Shaul also made her AEW debut recently as an announcer for the Women’s Tag Team tournament.

Vickie Guerrero says, Chris Benoit should be inducted into the WWE Hall of Famer