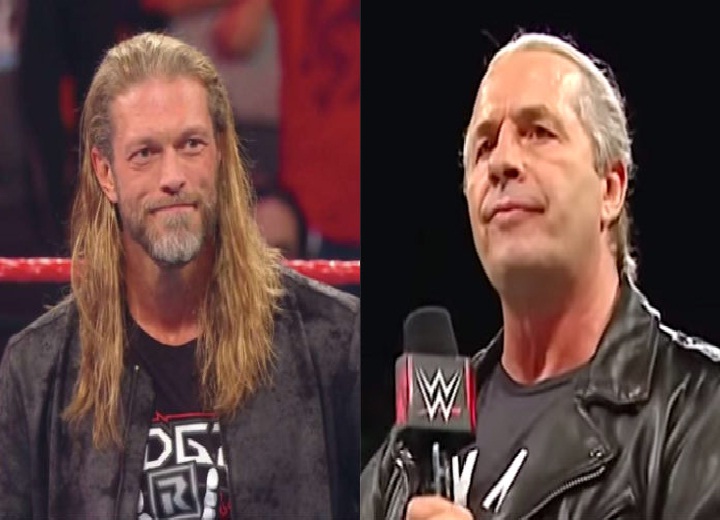 Edge was trained by former professional wrestlers Ron Hutchinson and Sweet Daddy Siki, both of whom belong to the Hart family. During the nineties he fought on the independent North American circuit, pairing with Jason Reso, his brother according to the storyline.

In 1996 he signed a development contract with the then World Wrestling Federation (WWF) and made his debut in June, remaining there uninterruptedly until his retirement in 2011.

He is WWE’s 14th Triple Crown Champion and 7th Grand Slam Champion. He also won the King of the Ring tournament in 2001, was the first Money in the Bank ladder match winner in 2005, and won the Royal Rumble match in 2010, making him the first wrestler in history to achieve all three of those accomplishments.

He headlined multiple pay-per-view events for WWE (including WrestleMania XXIV) and was inducted into the WWE Hall of Fame by Christian in 2012. His wife Beth Phoenix joined the Hall of Fame in 2017, making them the first real-life couple to be inducted.

Copeland is also one of WWE’s longest tenured employees, being with the company since 1996. Speaking on the latest edition of After The Bell, Edge revealed what Bret Hart told him about his WrestleMania 36 match: “I’m very, very proud of it.

I’ve heard that there’s feedback that it was too long and it’s this and it’s that, listen, all of the feedback I’ve gotten personally to myself or through my social media feeds has been all positive.

When I have Bret Hart call me and tell me that he loved it because it looked like a fight, I don’t care what anybody else says from that point on, because his opinion to me has more weight than absolutely everyone anywhere, nobody’s gonna top his opinion to me, and if he liked it, and he thought it was a fight, good, mission accomplished.

Edge Reveals What Bret Hart Said: Edge says, “I don’t care what anybody else says”