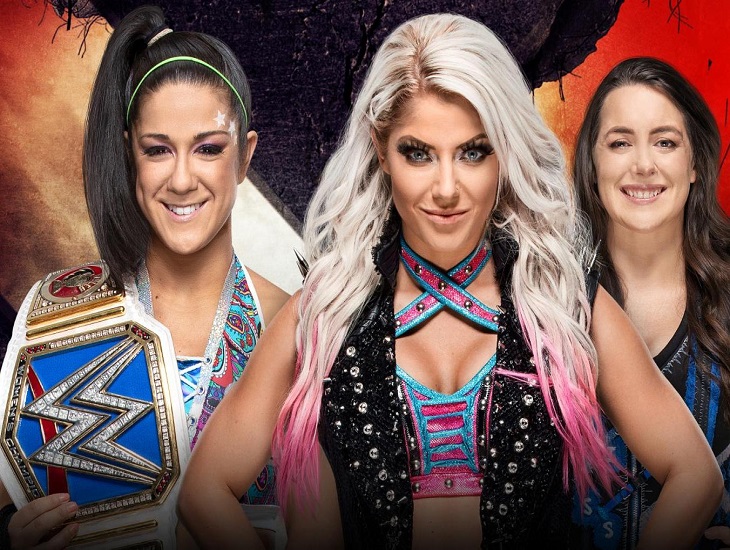 But the relationship that was brewing for several years is no more intact.

They were actually engaged to be married but now they have decided to officially split up and go their separate ways. As unfortunate as it sounds, this appears to be a harsh reality.

Solow broke the news on Twitter, a few hours back. He called Bayley by her real name of “Pam” in a lengthy message which revealed the reason to call off their engagement and end the relationship.

It appears they were going with different ideas for their future. After not being on the same page, they decided to put things to an end, for good.

“This has been an extremely difficult decision to make.

Pam and I have come to the realization that we have a completely different idea of what we want our future to look like, because of this we feel that it would be in our best interests to call off our engagement and end our relationship.

We have a lot of great memories together that we’ll forever cherish. We’ve agreed to remain friends and will continue to support each other in our careers and lives.

This is definitely a piece of sad news for both of them. But hopefully, things will work out for the best for them both professionally and personally.

Bayley and Solow are both focused on their careers, and perhaps they will have each other’s support in the future. We just want to wish them the very best in their future endeavors.

Bayley has been the longest-reigning SmackDown Women’s Champion in history, last year.

She also ruled the Women’s Division during the pandemic alongside Sasha Banks with her Role Model gimmick.

As for Solow, he was part of the NXT for sometimes in the past who failed to get any breakthrough. Now he has joined WWE’s rival brand, All Elite Wrestling.