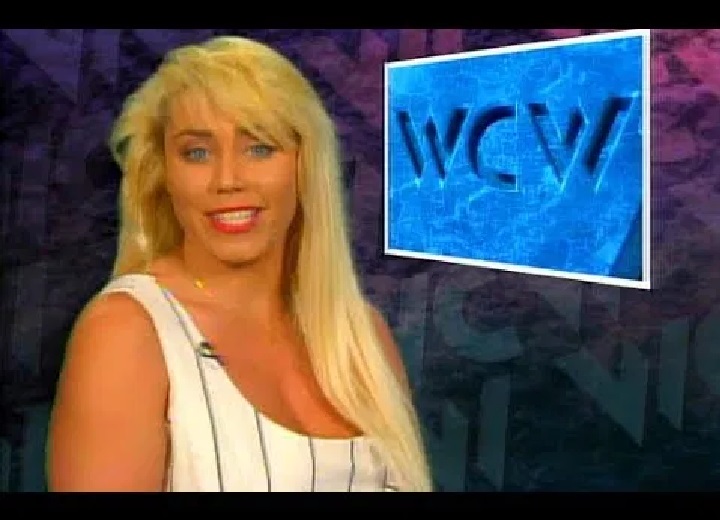 Conrad Thompson asked Eric Bischoff about Missy Hyatt’s infamous claim that she filed with the Georgia Equal Employment Opportunity Commission in which she claimed that while she worked at WCW, she was sexually harassed by supervisors, wrestlers, and cameramen, and paid less than male announcers who were not more talented than her.

She also sued WCW over emotional distress stemming from a photo of her in which her breasts were allegedly exposed as she entered the ring during a 1993 match, which was blown up and hung at WCW’s photo studio where many employees could see it.

Hyatt also claimed that WCW forced her to play a “bimbo” on TV, that she was constantly asked on dates by WCW employees, and that she only stayed for her $75,000 per year salary (which, she claimed, was $100,000 less than the male announcers made).

Bischoff basically said that at the time, everyone generally knew backstage that Turner was avoiding lawsuits at all costs and had an unwritten policy that they’d settle with anyone who filed a lawsuit against them, and that Missy knew this and tried to get a settlement out of Turner.

He also said that WCW didn’t have much of a choice in Hyatt playing a bimbo because she wasn’t exactly a rocket scientist, and said the photo in question was not as bad as she had made it out to be.

On Turner avoiding lawsuits and settling: “Backstage everybody knew, in the locker room everybody knew, that if you didn’t like the way things were going with WCW, come up with some bullshit lawsuit, if you sue them for X amount of money but are willing to settle for $100,000 or less, you’re gonna get your check.”

On Missy Hyatt’s persona, playing a bimbo, and her lawsuit: “I jokingly say in some of our live shows, ‘She got passed around more than a fucking joint at a Led Zeppelin concert.’

This was not a prim and proper professional woman. She carved out her own persona, both on camera and off.

I think if you look at the total picture and context, most rational people would probably arrive at the conclusion that that was a desperate attempt, the lawsuit was a desperate attempt to cash in because she knew that Turner Broadcasting was sensitive to litigation and would be willing to write big checks to make them go away.”

On the Missy Hyatt picture: “And by the way, that picture, there was a picture, because it was entered into evidence, the picture that was described in the litigation wasn’t nearly as bad as Missy made it out, Missy and her attorney, made it out to be.

It was somewhat revealing, but probably no more revealing than anything anybody would see at the beach anywhere in the United States. But there was a picture, it was blown up, somehow Missy found out about it and used that as an example. But whatever.